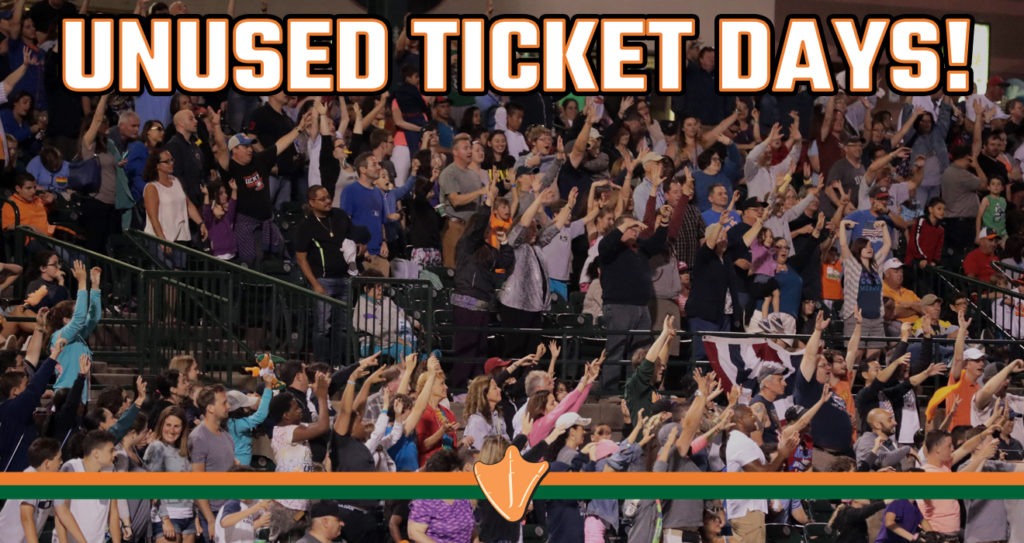 (Central Islip, N.Y., Aug. 9, 2022) – The Long Island Ducks today announced that August 30 and 31 as well as September 1, 9, 11, 13, 14 and 15 will all be Unused Ticket Days at Fairfield Properties Ballpark. Fans who were unable to make it out to a ballgame earlier this season and are still in possession of their unused tickets can exchange them for tickets of equal or lesser value at the Fairfield Properties Ballpark box office, subject to availability.

Those interested in exchanging their unused tickets can do so by visiting the box office ONLY, which is open Monday to Friday from 10:00 a.m. to 5:00 p.m., Saturday from 10:00 a.m. to 2:00 p.m. and during all Ducks home games. Tickets can be exchanged for games August 30-September 1 against the Lancaster Barnstormers, September 9 and 11 against the Staten Island FerryHawks and September 13-15 against the Southern Maryland Blue Crabs. A $1 ticket surcharge fee will be applied on all tickets exchanged, and tickets cannot be exchanged online or by phone.

August 31: Lemonade Stand Main Wine & Vine Wine Down Wednesday (All fans welcome to visit the Duck Club for a wine tasting event of featured products) & Waddle In Wednesday (special offer available in the Waddle In Shop all game)

September 15: Fan Appreciation Night, presented by Coca-Cola, and Thirsty Thursday (drink special through the game and Duck Club open to all fans)