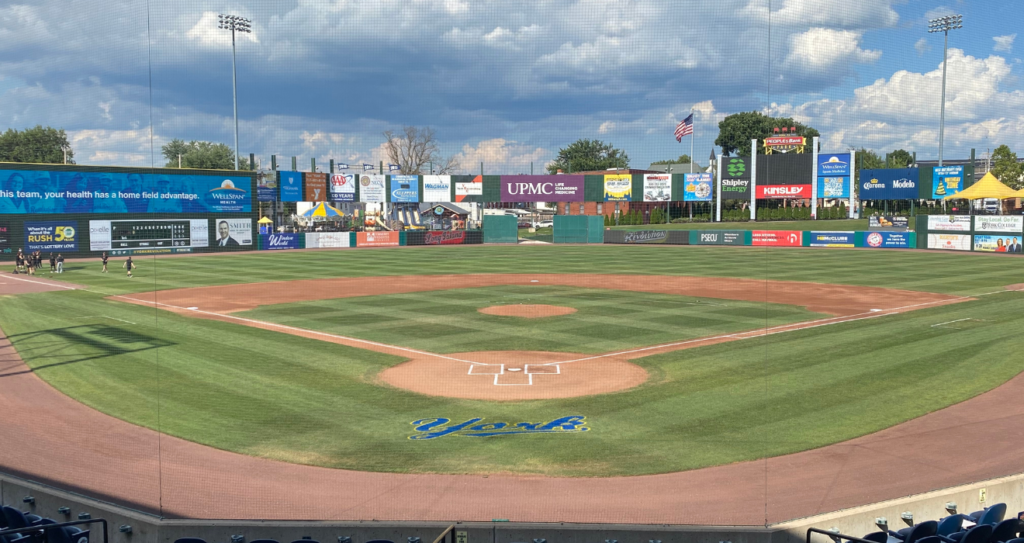 (York, Pa., Sept. 5, 2022) – Monday’s (September 5) game between the Long Island Ducks and York Revolution at PeoplesBank Park has been postponed due to a forecast calling for persistent heavy rain.

Monday’s (9/5) game will be made up on Wednesday, September 7, as part of a single admission doubleheader. First pitch in game one is set for 5:00 p.m. Game two will begin approximately 30 minutes after the completion of game one, and both contests are slated for seven innings.

Fans can follow all the action for both games of the twin bill on the Long Island Ducks Broadcast Network. Live streaming HD video and audio will be available via BoxCast on LIDucks.com as well as on the Ducks official Facebook page and YouTube channel.

Long Island returns home on Friday, September 9, to begin a three-game series with the Staten Island FerryHawks. Game time is slated for 6:35 p.m., with the Fairfield Properties Ballpark gates opening at 5:35 (5:20 for full season ticket holders). The first 1,500 fans in attendance will receive QuackerJack and Scoop Posters, courtesy of Newsday. It’s also an EBBS Craft Beer/Fountain Hard Seltzer Takeover at the ballpark and an Angela’s Pizza Friday. Tickets for the game, and all Ducks games, are available by visiting the Fairfield Properties Ballpark box office, calling (631) 940-TIXX or CLICKING HERE.