RECYCLE YOUR SNEAKERS FOR 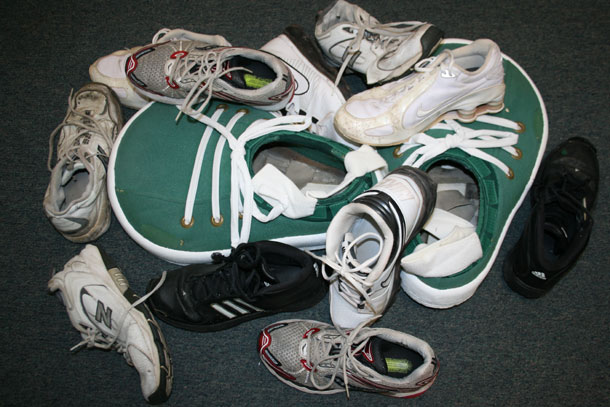 Ducks team up with KIC for annual “Reuse-A-Shoe” Program


(Central Islip, N.Y., Jan. 3, 2012) –
The Long Island Ducks today announced that the organization has once again joined Keep Islip Clean in their efforts to recycle used sneakers for NIKE’s “Reuse-A-Shoe” program. From January 3 through January 31, the Bethpage Ballpark executive offices will serve as a drop-off point for all used sneakers that do not contain metal.

“We are proud to assist in this program as part of our continuing ‘Go Green’ efforts” says Ducks president and general manager Michael Pfaff. “We hope to see many Ducks fans help us in our efforts, as we all strive to continue incorporating greener habits into everyday living while helping those less fortunate.”

The QuackerJack Foundation, the charitable arm of the Long Island Ducks, will help underwrite the cost of shipping from Central Islip to NIKE’s recycling facility in Memphis, Tennessee.

NIKE’s Reuse-A-Shoe program was founded in 1993 when NIKE began collecting post-consumer, non-metal containing athletic shoes of any brand along with NIKE shoes that were returned due to a material or workmanship flaw. The footwear is then separated, ground up and recycled for use in materials that build new sports surfaces, gear, padding and shoes. Since inception, the program has collected more than 22-million shoes donated toward building hundreds of sports surfaces for disadvantaged communities around the world. Thousands of pairs of athletic materials have been diverted from landfills, helping clean up the environment while simultaneously helping others.