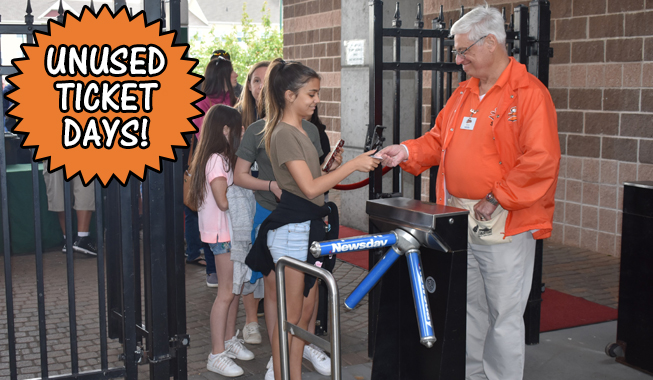 Chance to exchange unused Ducks tickets for games this season

The Long Island Ducks have announced that August 24-26 and September 5-9 will all be “Unused Ticket Days” at Fairfield Properties Ballpark. Fans who were unable to make it out to a ballgame earlier in the 2021 season and are still in possession of their unused tickets can exchange them for tickets of equal or lesser value at the Fairfield Properties Ballpark box office, subject to availability.

Those interested in exchanging their unused tickets can do so by visiting the box office ONLY. Tickets can be exchanged for games August 24-26 against the York Revolution, September 5-6 against the Lancaster Barnstormers and September 7-9 against the Southern Maryland Blue Crabs. A one dollar fee per ticket will be applied to account for the Suffolk County surcharge on all tickets printed.

CLICK HERE for details regarding the Ducks weekly promotional schedule