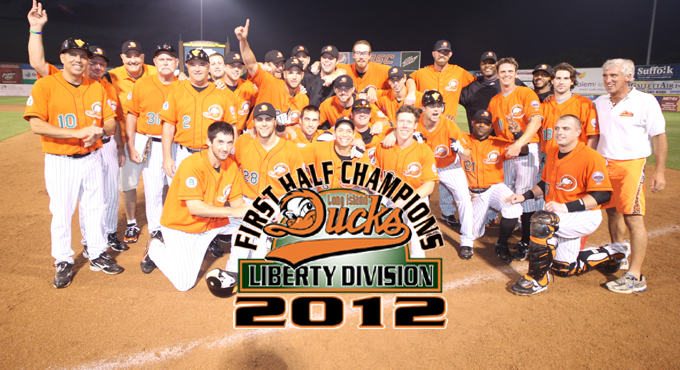 Reserve your spot in the championship chase


(Central Islip, N.Y., July 20, 2012) – The Long Island Ducks today announced that individual game tickets for the 2012 Atlantic League Playoffs are now on sale at Bethpage Ballpark. The Ducks secured their eighth trip to the postseason in franchise history by winning the First Half Liberty Division title on Sunday, July 1.

Ticket prices for the 2012 Atlantic League Playoffs will be $12.00 for box seats (200 level), $13.00 for field box seats (100 level) and $16.00 for club level seats. Fans can purchase playoff tickets either by visiting the Bethpage Ballpark box office, calling 631-940-TIXX or logging on to www.liducks.com and clicking on the tickets icon at the top of the page.

Group ticket pricing for the playoffs will remain the same as during the regular season. Birthday party packages, luxury suites, picnic area and Smokin Al’s party deck outings are all available for playoff games. For more information, please call the group sales department at (631) 940-3825.