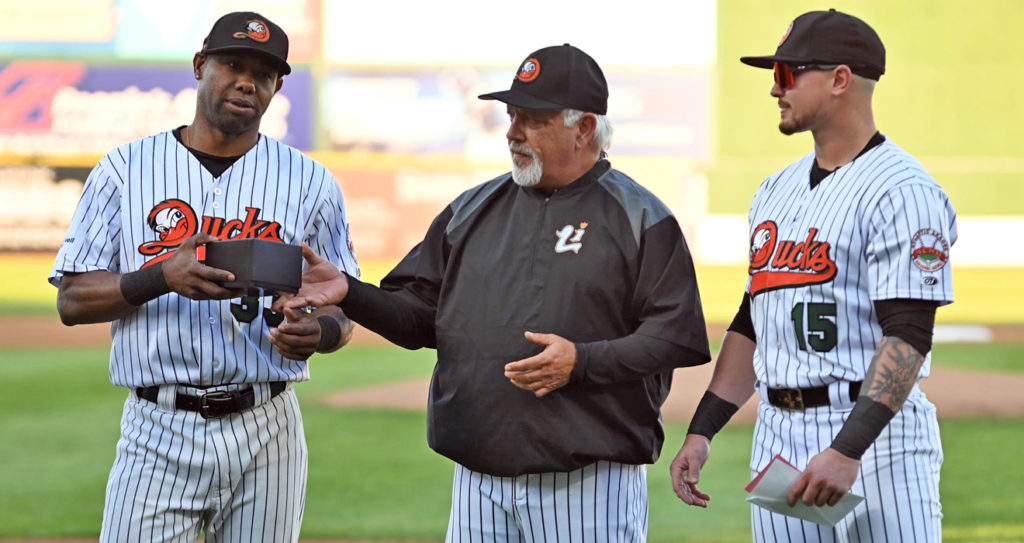 (Central Islip, N.Y., Sept. 15, 2022) – The Long Island Ducks today announced that outfielder Alejandro De Aza has been named the team’s Most Valuable Player for the 2022 season, presented by Delmonte-Smelson Jewelers. The announcement was made prior to the Ducks regular season home finale on Thursday, September 15, which was Fan Appreciation Night at the ballpark, presented by Coca-Cola.

De Aza received the most selections during fan voting at LIDucks.com for the team’s MVP award. The outfielder was among the team and Atlantic League’s top players in 2022. Through games on September 14th, he leads the league in both batting average (.345) and on-base percentage (.453). In addition to leading the Flock, he ranks second in the league in doubles (35), third in OPS (.972) and eighth in hits (129). The 10-year MLB veteran also leads the Ducks in runs scored (77) and total bases (194) while ranking second in RBIs (68) and walks (69). For being chosen as the Team MVP, De Aza received a luxury wristwatch, courtesy of Delmonte-Smelson Jewelers.