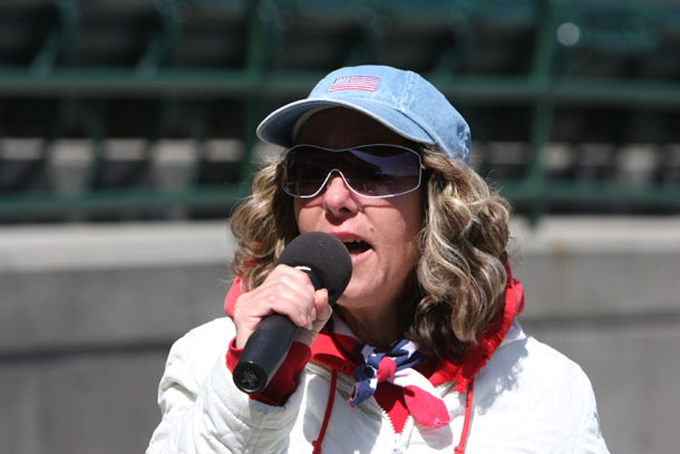 
(Central Islip, N.Y., March. 28, 2012)
– Have you ever dreamed of singing the national anthem in front of thousands of baseball fans? Well, now’s your chance! The Long Island Ducks, in conjunction with 106.1 WBLI, will hold their annual “Anthem Idol” contest on Saturday, April 7 at Bethpage Ballpark. Registration will begin at 9:00 a.m. with contestants vying for six anthem openings. The panel of judges will consist of Ducks on-field host Paul DeGrocco and WBLI personality Syke. Following “Anthem Idol,” the Ducks will be hosting tryouts for on-field host and public address announcer positions (start time is approximately 12 noon).

“It’s always exciting to see some of the best singers and performers on Long Island come out and compete to sing the anthem,” says Promotions Coordinator Jordan Schiff. “Every year they make it a very tough decision for the judges, and we look forward to seeing everyone out at the ballpark on April 7.”

Last year’s auditions were a great success, as many “Anthem Idol” hopefuls lined up to perform for the three judges. The lucky winners were each given their moment in the spotlight, performing the national anthem at a Ducks game during the regular season. Performances must be done a capella with a one-minute thirty second time limit. Instrumentalists and other unique performers are encouraged to participate as well. No tapes will be accepted.
The Long Island Ducks are members of the Atlantic League of Professional Baseball and play their home games at Bethpage Ballpark. Opening Day is May 4. For further information, call (631) 940-DUCK or visit www.liducks.com.