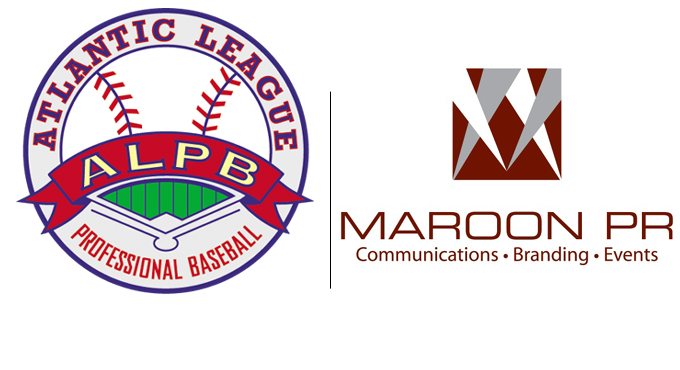 (Columbia, Md., Jan. 22, 2013) – The Atlantic League of Professional Baseball Clubs, Inc, and Maroon PR, a national sports marketing and public relations agency, today announced a partnership that will include working together on a variety of expansion and branding plans for the League. Formed in 1997, The Atlantic League is considered the highest level of minor league baseball, with on-field play between Triple-A and the Major Leagues.

“Maroon PR will be assisting the Atlantic League with strategic communications initiatives for the League office, its current clubs, and key executives,” said Atlantic League CEO Frank Boulton. “Services provided will include media relations, brand development and social media. The Atlantic League is in the process of expanding from eight to twelve clubs with a national footprint. Current Atlantic League clubs are located in and around the New York, Philadelphia, Baltimore, Washington, D.C., and Houston market areas,” Boulton added.

“The Atlantic League is high-quality professional baseball and a great business model that continues to expand,” said Maroon PR president and founder, John Maroon. “With our experience in sports marketing and public relations, we think this is a great partnership, and look forward to helping them exceed their communications goals.”

Maroon has a long history in professional baseball. He began his career working in Major League Baseball’s American League office in 1987, then going on to serve as Director of Media Relations for the Cleveland Indians, Director of Public Relations for the Baltimore Orioles, and Vice President of Communications for Ripken Baseball. After founding Maroon PR in April 2006, Ripken Baseball became its first client, and has continued working with the firm since.

“We are thrilled to be able to work with John Maroon and his staff on moving the Atlantic League to the next level,” said Peter Kirk, Atlantic League president and chairman of Opening Day Partners. “John is one of the most talented people in professional sports and has been our go-to person for assistance with our organization in the past, from helping our clubs, to introducing Hall-of-Famer Brooks Robinson as a partner.”