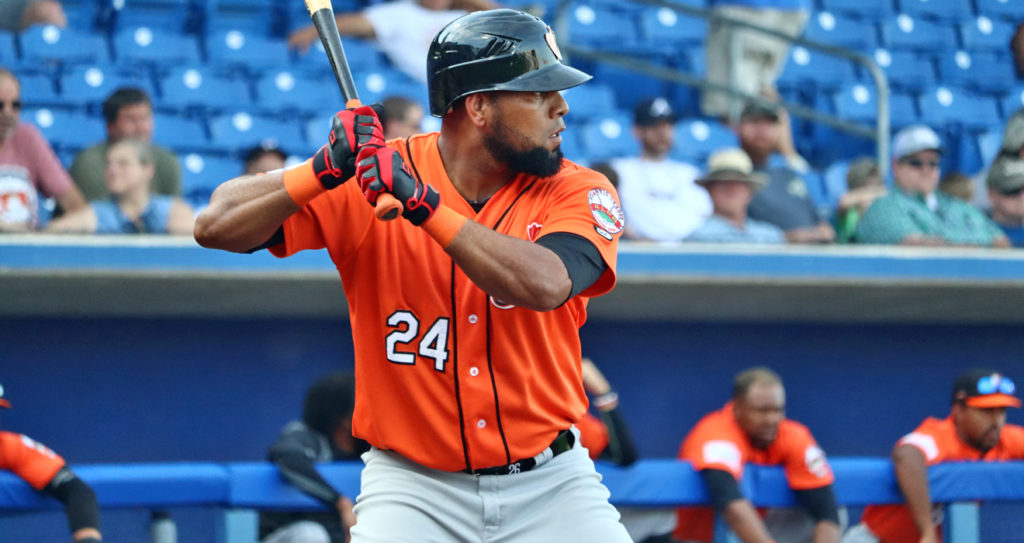 (Waldorf, Md., August 7, 2022) – The Long Island Ducks were defeated by the Southern Maryland Blue Crabs 13-2 on Sunday afternoon in the rubber game of a three-game weekend series from Regency Furniture Stadium.

Southern Maryland took a 3-0 advantage in the bottom of the fourth inning versus Long Island starting pitcher Akeel Morris on a bases loaded walk issued to Jared Walker, a sacrifice fly off the bat of Michael Baca, and a run scoring single produced by Mike Falsetti. The Ducks cut the deficit to 3-1 in the fifth when Vladimir Frias cracked a two out solo home run over the right field fence off Blue Crabs starter Daryl Thompson for his fourth big fly of the season.

Southern Maryland sent ten batters to the plate in the fifth and score five more runs to open up an 8-1 cushion, highlighted by a sacrifice fly from Zach Collier, a two run base hit from Baca, and an RBI base knock courtesy of Jack Sundberg. The Flock added a run in the ninth on a majestic solo home run to left by Deibinson Romero, his team leading 13th roundtripper of the campaign.

Thompson (11-2) earned the victory after giving up just one run on four hits (one home run) across eight innings pitched, striking out nine. Morris (4-9) was dealt the loss, allowing six runs (three earned) on three hits in four and two-thirds innings on the mound, walking six while striking out three. Romero, Frias, Phil Caulfield, Alejandro De Aza, and Carlos Castro each tallied one of the five hits for the Flock in the ballgame.

The Ducks continue their road trip on Tuesday night when they open a three-game series with the Lancaster Barnstormers. First pitch is scheduled for 6:30 p.m. from Clipper Magazine Stadium. Fans can follow all the action on the Long Island Ducks Broadcast Network. Live streaming HD video and audio will be available via BoxCast on LIDucks.com as well as on the Ducks official Facebook page and YouTube channel. Right-hander Scott Harkin (8-6, 4.23) toes the rubber for the Flock against Barnstormers righty Oscar De La Cruz (6-1, 4.70).