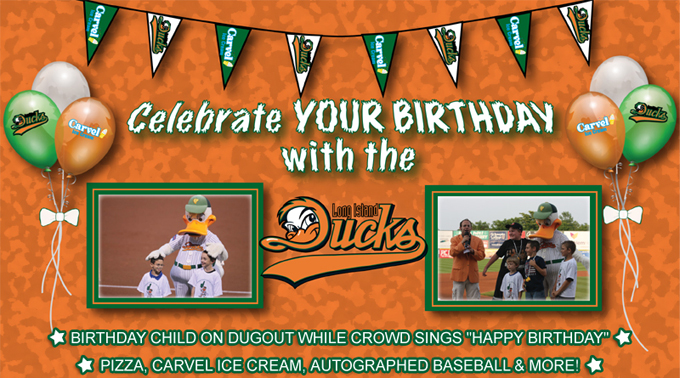 The Atlantic League champion Long Island Ducks have announced that the always popular Carvel Birthday Party Packages are now on sale! Fans interested in celebrating their special day at the ballpark can do so by calling the group sales department at (631) 940-3825. Fans are encouraged to call early to ensure availability.

“Birthday party packages with the Ducks are the premiere way to celebrate your child’s big day,” says director of group sales John Wolff. “With so many exciting benefits in one affordable package, you’ll be sure to remember this day for a lifetime.”

In each of the club’s 13 seasons, birthday party packages have been the most popular outing among fans of all ages. Each package includes: