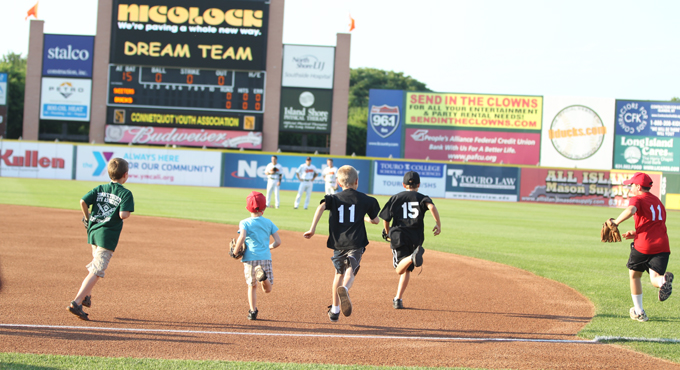 (Central Islip, N.Y., Nov. 28, 2012) – The 2012 Atlantic League champion Long Island Ducks kicked off the group ticket sales season on Wednesday, November 28, as fans jammed phone lines throughout the morning to reserve their outings for 2013. More than 61,000 tickets were booked in just the first six hours of availability.

“This day is always a thrilling time of year for us,” says Ducks director of group sales John Wolff. “We can’t wait to see our groups out at the ballpark cheering on the Ducks as they look to defend their championship.”

There are still great seats and dates available for groups to book outings for the 2013 season. Fans are encouraged to call (631) 940-3825 and speak with a group sales representative today.

The Ducks offer a wide variety of group ticket packages in 2013, including regular group tickets, all-you-can-eat pre-game and in-game picnics, party deck and luxury suite rentals. In addition, groups at Bethpage Ballpark have the chance to participate in on-field activities such as pre-game performances, the National Anthem, color guards, the Nicolock Dream Team and, brand new for 2013, the chance to shag fly balls during Ducks batting practice. Regular group ticket pricing ranges from $8.50 to $12. For more information regarding group ticket options and pricing, please CLICK HERE.

In addition, 2013 Season Ticket Packages and 10-Game Mini Plans, a great gift at holiday time, are now on sale. Fans wishing to become season ticket or mini plan holders are encouraged to contact the ticket office today at (631) 940-3825, extension 115 or 116.