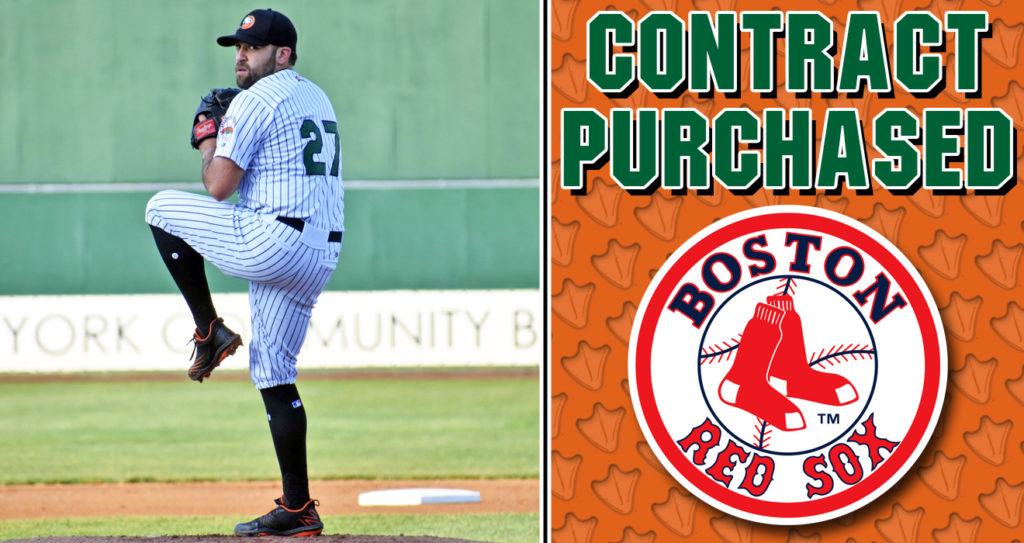 (Central Islip, N.Y., May 24, 2022) – The Long Island Ducks today announced that right-handed pitcher Brett Kennedy’s contract has been purchased by the Boston Red Sox organization. He will report to the team’s Double-A affiliate in Portland, Maine.

“Brett has done a tremendous job on the mound for us and has been a terrific teammate,” said Ducks President/GM Michael Pfaff. “He has earned this opportunity, and we wish him the best of luck with the Red Sox.”

Kennedy made six starts for the Ducks in his first season with Long Island. He compiled a 2-1 record with a team-leading 3.03 ERA. He struck out 27 batters and walked just nine in 32.2 innings of work, ranking ninth in the Atlantic League in innings pitched. Over his past two starts, the 27-year-old earned a pair of wins and combined to allow just one run in 12.2 innings (0.71 ERA). He conceded just eight hits and three walks while striking out 15 batters.

The New Jersey native looks to return to the Major Leagues for the second time in his career. His first call up to The Show came in 2018 with the San Diego Padres when he made six starts, going 1-2 with a 6.75 ERA and 18 strikeouts over 26.2 innings. The righty returns to an MLB organization after spending the 2021 season in the San Diego Padres system, where he combined to make 17 appearances (14 starts) at the rookie, Double-A and Triple-A levels. Kennedy was originally selected by the Padres in the 11th round of the 2015 amateur draft out of Fordham University.