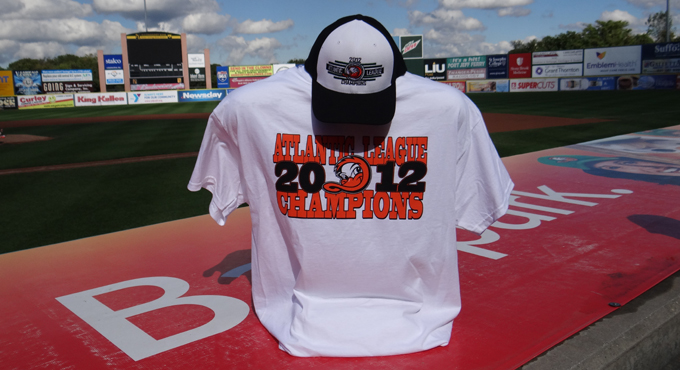 (Central Islip, N.Y., Oct. 10, 2012)
– Fans are now able to purchase the Official Clubhouse T-Shirts and Caps that the Ducks wore after winning the Atlantic League Championship. An assortment of other Championship merchandise will be available to commemorate the Ducks’ second Atlantic League title.

These limited edition T-Shirts and Caps can be purchased exclusively at the Waddle In Shop, the official merchandise store of the Long Island Ducks. The store will be open for special hours through Friday, October 19 from 10:00 a.m. to 5:00 p.m. In addition, fans can purchase Championship merchandise and all other Ducks apparel, anytime, online at LIDucks.com by clicking on the merchandise icon.