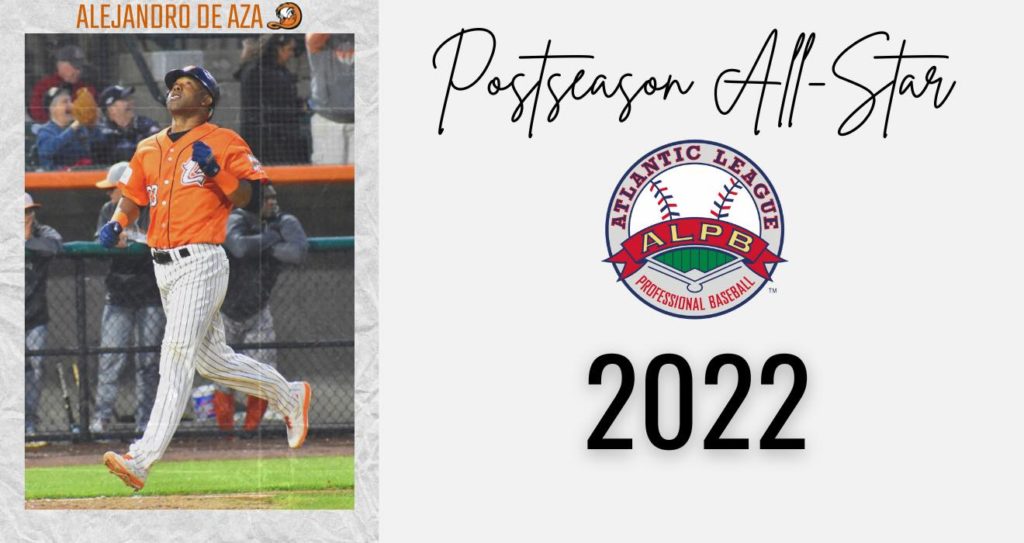 “Alejandro proved to be one of the league’s best players throughout the year and was a leader in our clubhouse,” said Ducks President/GM Michael Pfaff. “It was a pleasure to watch him this season, and he is incredibly deserving of this honor.”

The 38-year-old ranked first or second among all Ducks players in several offensive categories this season. Along with posting team-highs in batting, on-base percentage, doubles and OPS, he also led the team runs scored (77) and hits (129) while ranking second in walks (70) and total bases (194). Defensively, he committed just five errors in the outfield while contributing five assists, accruing a .973 fielding percentage.

The Dominican Republic native was named the Atlantic League’s Co-Player of the Month for July. In 28 games during the month, he led the league with a .394 batting average while tying for the league lead with 43 hits and 14 doubles. He also ranked second in the league with 69 total bases for the month. For his efforts, Ducks fans voted De Aza as the team’s Most Valuable Player for 2022, presented by Delmonte-Smelson Jewelers.