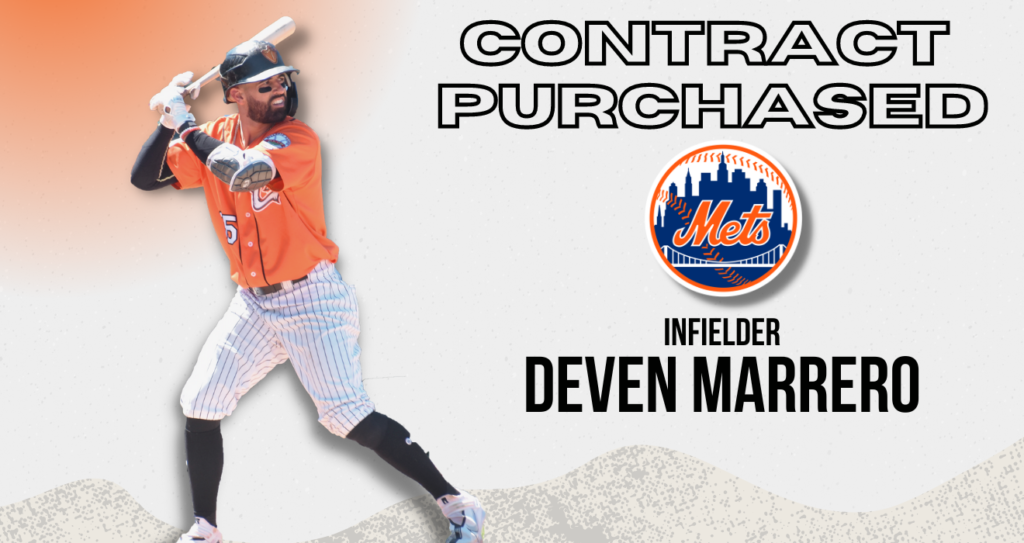 (Central Islip, N.Y., June 25, 2022) – The Long Island Ducks today announced that infielder Deven Marrero’s contract has been purchased by the New York Mets organization. He will report to the team’s Triple-A affiliate in Syracuse, N.Y.

“We would like to congratulate Deven on this opportunity with the Mets organization,” said Ducks President/GM Michael Pfaff. “His goal has always been to make it back to the Major Leagues, and we wish him the best of luck on his journey.”