DONATE YOUR HALLOWEEN CANDY TO TROOPS 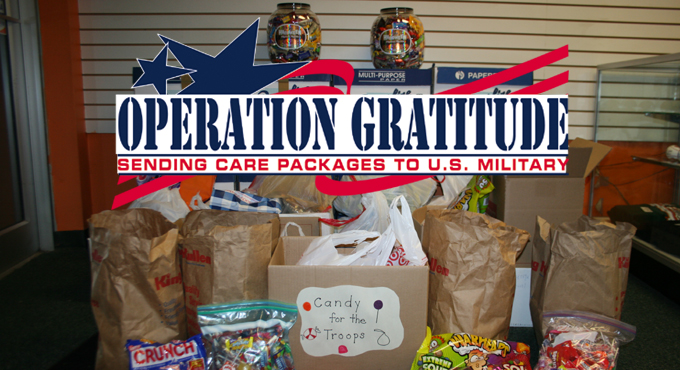 (Central Islip, N.Y., Nov. 5, 2012) – The Long Island Ducks today announced that for a third consecutive year, Bethpage Ballpark will act as a collection point for any extra Halloween candy that fans wish to donate.

The candy will be mailed to Operation Gratitude by the team’s charitable arm, the QuackerJack Foundation, in order to be used for care packages sent to troops fighting overseas. Donations will be accepted at the Bethpage Ballpark executive offices during normal business hours until Friday, November 16.

Operation Gratitude annually sends 100,000 care packages filled with snacks, entertainment items and personal letters of appreciation addressed to individually named U.S. Service Members deployed in hostile regions, to their children left behind and to Wounded Warriors, Veterans and First Responders. Their mission is to lift morale, bring a smile to a service member’s face and express to our Armed Forces the appreciation and support of the American people. Since its inception in 2003, Operation Gratitude volunteers have shipped more than 815,000 packages to American Military members.