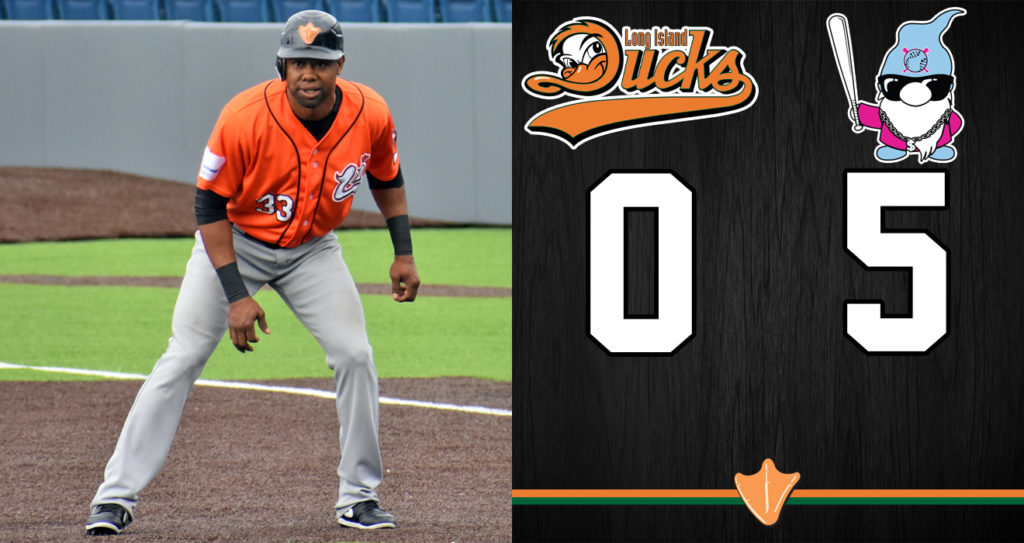 (Lexington, Ky., July 15, 2022) – The Long Island Ducks were defeated by the Kentucky Wild Health Genomes 5-0 on Friday night in the opener of a three-game weekend series from Wild Health Field.

The Genomes jumped out in front 3-0 against Ducks starting pitcher Anderson DeLeon courtesy of a one-out, bases-clearing double off the bat of Anderson Miller. Wild Health made it 5-0 in their favor one inning later thanks to solo home runs produced by Khris Davis onto the Pepsi Party Porch in right field and a Samir Duenez blast to right center field.

The run support was more than enough for Genomes starter and winning pitcher Dustin Beggs (6-4), who fired seven scoreless innings on just a pair of hits allowed, walking three and striking out four. DeLeon (3-4) was tagged with the loss, surrendering five runs on five hits (two home runs) in six innings of work, walking four and striking out five. The visitors threatened in the fourth and fifth innings as the leadoff batter reached base in both frames but Long Island was never able to cash in on either opportunity as they were shutout for just the fifth time on the 2022 campaign. Alejandro De Aza had a double and a walk in four plate appearances in the losing effort for the Flock.

The Ducks and Genomes continue their three-game set on Saturday evening. First pitch is scheduled for 6:35 p.m. from Wild Health Field. Fans can follow all the action on the Long Island Ducks Broadcast Network. Live streaming HD video and audio will be available via BoxCast on LIDucks.com as well as on the Ducks official Facebook page and YouTube channel. Right-hander Akeel Morris (4-5, 5.03) takes the mound for the Ducks against Genomes righty Max Povse (4-6, 6.95).