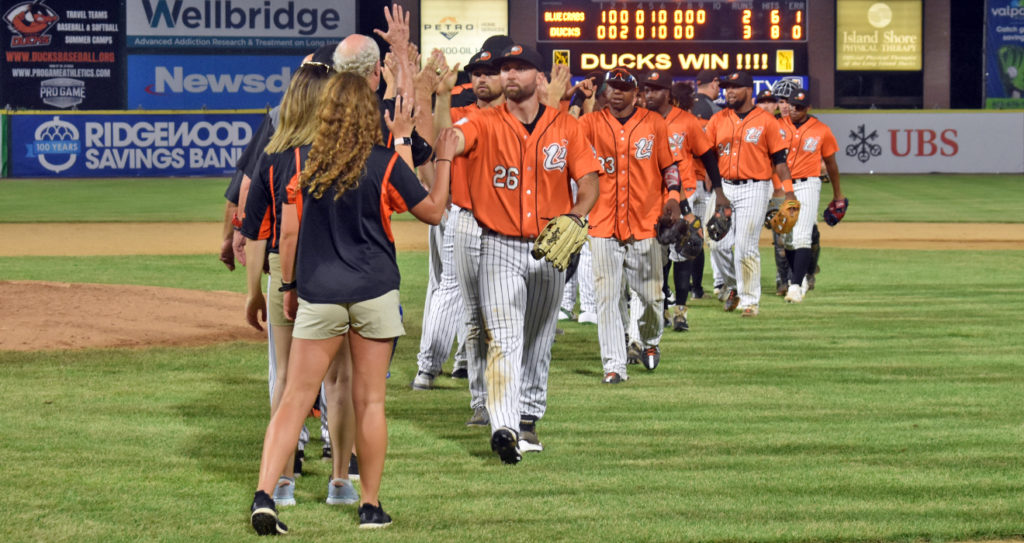 (Central Islip, N.Y., Sept. 18, 2022) – The Long Island Ducks have officially completed the 2022 season, presented by Catholic Health, the franchise’s 22nd season of play in the Atlantic League of Professional Baseball.

The 2022 season saw the organization complete several outstanding achievements, both in terms of on-field accolades and off-field milestones. These accomplishments include:

The 2023 season of Long Island Ducks baseball will be here before you know it! 2023 season ticket plans and sponsorships are now available, with mini plans, group tickets, birthday party packages and individual tickets going on sale at a later date. For season ticket or sponsorship information, or to learn how you can get involved with the Ducks, please call (631) 940-3825 or visit LIDucks.com.