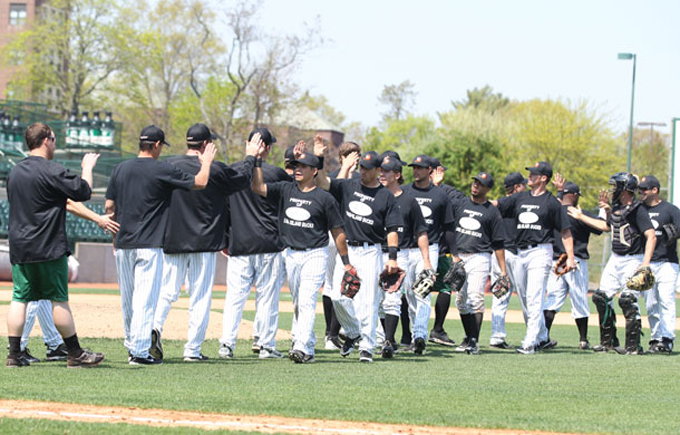 Game time is slated for 10:30 a.m., with the Bethpage Ballpark gates opening at 10:00. General admission tickets will be issued FREE to Ducks season ticket and suite holders, while a $5 donation to the QuackerJack Foundation will apply to all other fans. Season ticket holders may gain admission to the ballpark by showing their season ticket holder ID card or other form of identification at the box office.

Individual game tickets for the 2012 season are on sale now. The home opener takes place on Friday, May 4 as the Ducks take on the Camden Riversharks at 7:05 p.m. The first 2,000 fans in attendance will receive a “Whistle Guy” Bobblehead, courtesy of P.C. Richard & Son. For tickets, stop by the Bethpage Ballpark Box Office, call (631) 940-TIXX, or CLICK HERE. Season tickets, 10-Game Mini Plans and group outings are also currently available by calling (631) 940-DUCK.