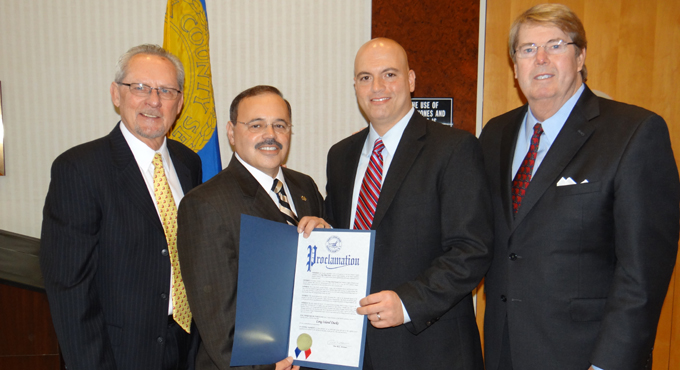 CLICK HERE to view a video from the presentation

“It is my privilege this year to recognize and award a proclamation to the Long Island Ducks and their organization,” said Legislator Montano. “It’s really something that we can be very proud of. Congratulations to all of you!”

The Ducks were honored after winning their second title in franchise history by defeating the Lancaster Barnstormers three games to two in this year’s Atlantic League Championship Series. The series was won at Bethpage Ballpark on Sunday, October 7 when Dan Lyons laid down a walk-off bunt single in the bottom of the ninth inning. Lyons was later named the Most Valuable Player of the Championship Series.