DUCKS STRIKE FIRST IN THE “BATTLE OF THE BELT” 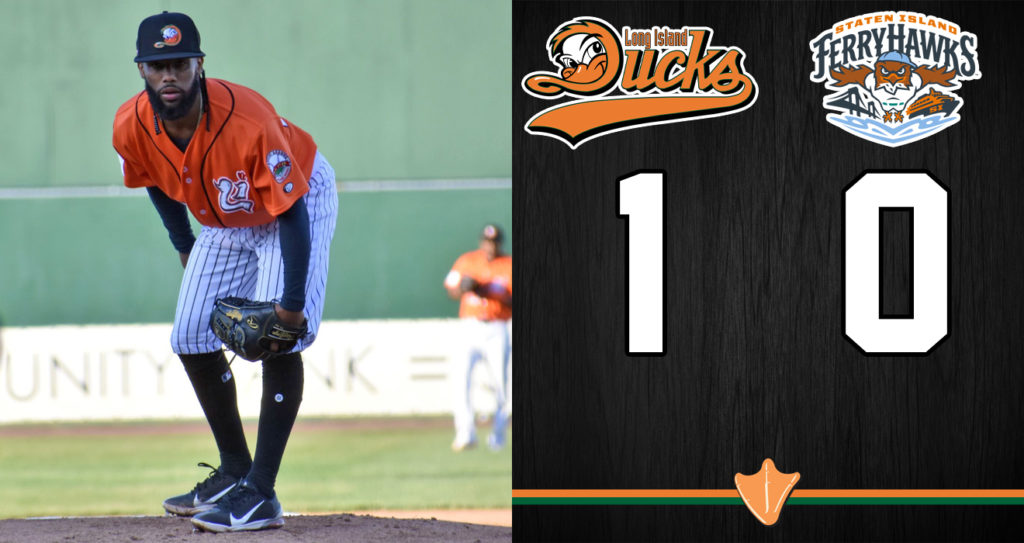 (Central Islip, N.Y., May 17, 2022) – The Long Island Ducks shut out the Staten Island FerryHawks 1-0 on Tuesday night in the opener of a three-game series at Fairfield Properties Ballpark.

Neither side dented home plate until the bottom of the eighth inning. After a single by Vladimir Frias to open the inning, Sam Travis reached on a dropped third strike and Deibinson Romero walked to load the bases. That set the stage for L.J. Mazzilli, who drew a walk with two outs to force home the game’s only run.

Joe Iorio (3-0) picked up the win, pitching a scoreless eighth inning and working around a walk. Chris Nunn (0-1) took the loss, conceding one run on one hit and two walks in one inning with two strikeouts. Tyler Webb picked up his third save of the season with a scoreless ninth, pitching around a hit and a walk while striking out one.

The Ducks and FerryHawks continue their three-game set on Wednesday night. Game time is slated for 6:35 p.m., with the Fairfield Properties Ballpark gates opening at 5:35 (5:20 for full season ticket holders). It’s a Waddle In Wednesday at the ballpark! Fans will be able to purchase brand new Rubber Duckie Pop Its for just $10 (normally $12) in the Waddle In Shop throughout the ballgame. Left-hander Stephen Tarpley (0-1, 14.73) takes the mound for the Ducks against FerryHawks southpaw Anthony Rodriguez (0-1, 6.35).