DUCKS TEAM UP WITH NATIONAL GRID 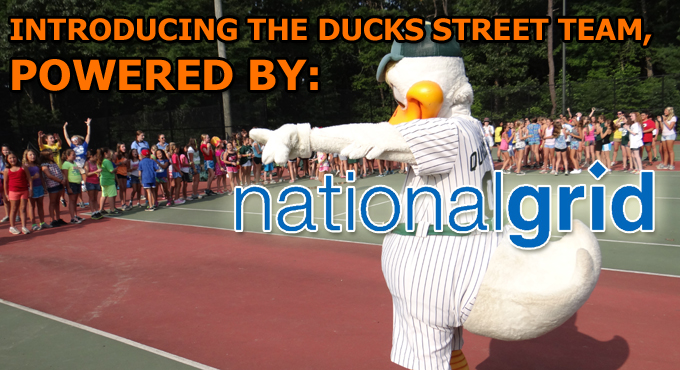 Throughout the year, the team immerses itself in community events, programs and appearances. National Grid, long known in the market for delivering excellent levels of safety, reliability and customer responsiveness, is a strong supporter of initiatives that positively impact our local communities.

“We’re proud to partner with National Grid on our Street Team,” said Ducks President/GM Michael Pfaff. “As a long-time partner and sponsor of the Ducks, National Grid and its predecessors have a long and proud history serving the energy needs of Long Island.”

Fans will find the Ducks Street Team powered by National Grid at the following upcoming events: