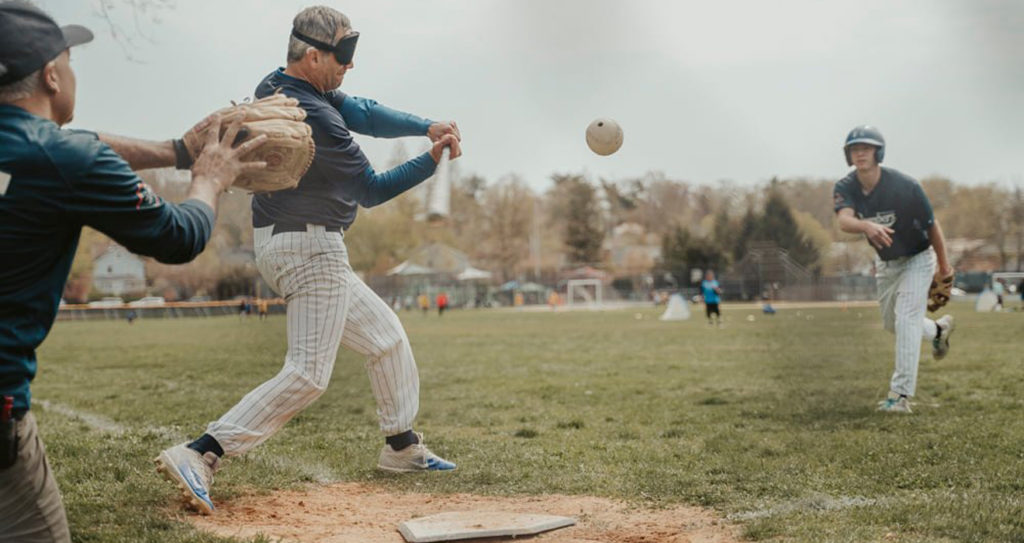 (Central Islip, N.Y., Aug. 10, 2022) – The Long Island Ducks will be hosting a Blind Baseball Exhibition Game at Fairfield Properties Ballpark on Wednesday, August 31, prior to the Ducks game against the Lancaster Barnstormers.

The game will be played between the Long Island Bombers and the Lion’s Club of Suffolk County. The ballpark gates will be opening at a special time of 4:30 p.m. on Aug. 31, with first pitch of the exhibition game slated for 4:45. Following the exhibition game, the Ducks will take the field against the Barnstormers at 6:35 p.m.

All players wear blindfolds to create an even playing field. Players utilize their entire body, diving onto the ground to stop a beeping ball to record an out, hitting a pitched ball and running 100 feet full speed toward the sound of a buzzing base to score a run.

“The Long Island Bombers are dedicated to educating the community about blindness,” said Ted Fass, Executive Director, Long Island Bombers. “Through the game of beep baseball, we provide athletes that are blind or with a vision disability (legally blind) the opportunity to play the game and offer a support network to its members. It is the Bombers’ goal to expand educational clinics, speaking engagements and demonstrations throughout the entire region.”

The Lion’s Club is selling tickets, which includes access to the blind baseball game and the Ducks vs. Barnstormers game on August 31. Proceeds from each ticket purchased will go to support the Long Island Bombers. CLICK HERE to purchase tickets.