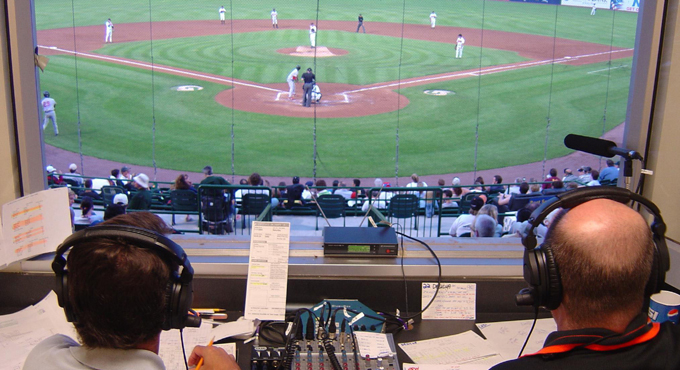 (Central Islip, N.Y., March 28, 2013) – The Long Island Ducks today announced a radio partnership to broadcast all weekend games (Fridays, Saturdays and Sundays) for the 2013 and 2014 seasons on WRCN/103.9-FM. Each game will be preceded by the North Shore LIJ/Southside Hospital pre-game show, beginning 15 minutes prior to first pitch.

“This is good news for Ducks fans,” says Ducks president/general manager Michael Pfaff. “JVC Broadcasting is a major player on the Long Island radio scene, and having our games on their strong FM signal will help us continue to expand our presence in the market and make it easier for those who can’t get to the ballpark to follow the Atlantic League champions.”

The Long Island Ducks Radio Network’s broadcast team includes popular Long Island radio personalities Chris King and David Weiss, who have been involved with the team since the inaugural 2000 season. Veteran Ducks broadcaster Michael Polak, who begins his fourth season behind the mic, and Tom Felice, who enters his first season as the team’s broadcasting assistant, will also be featured on air throughout the season. Polak’s previous experience includes serving as a broadcaster for the Ontario Reign hockey club, Torrance CitiCABLE 3 in Los Angeles and Ithaca College athletics while Felice has broadcast for the Single-A Fort Wayne TinCaps and Fordham University athletics.

“We have always enjoyed our strong relationship with the Ducks,” says WJVC President John Caracciolo. “The team has enjoyed tremendous success throughout their 14-year history, and we hope to broadcast more championship-winning seasons over the next two years.”