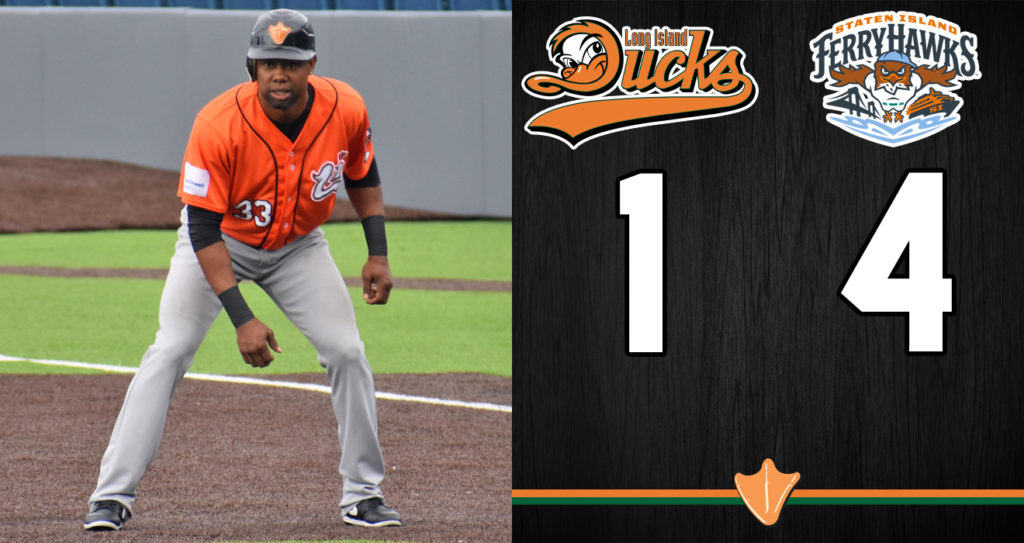 (Staten Island, N.Y., July 5, 2022) – The Long Island Ducks were defeated by the Staten Island FerryHawks 4-1 on Tuesday night in the final game of a two-game series at Staten Island University Hospital Community Park.

Staten Island took an early 2-0 lead in the first inning on a two-out, two-run double to left field by Dilson Herrera off Ducks starter Akeel Morris. An RBI single to right by Antoine Duplantis in the second and a sac fly to right by Mariel Bautista in the third doubled the FerryHawks lead to four.

The Ducks return home on Wednesday to begin another two-game set with the FerryHawks. Game time is slated for 6:35 p.m., with the ballpark gates opening at 5:35 (5:20 for full season ticket holders). It’s a Waddle In Wednesday at the ballpark! Fans will be able to enjoy a special $5 off deal on Ducks Street Signs in the Waddle In Shop throughout the ballgame ($15, normally $20). Left-hander Cody Beckman (1-1, 5.53) gets the start for the Ducks against FerryHawks righty Matt Solter (1-6, 3.47).