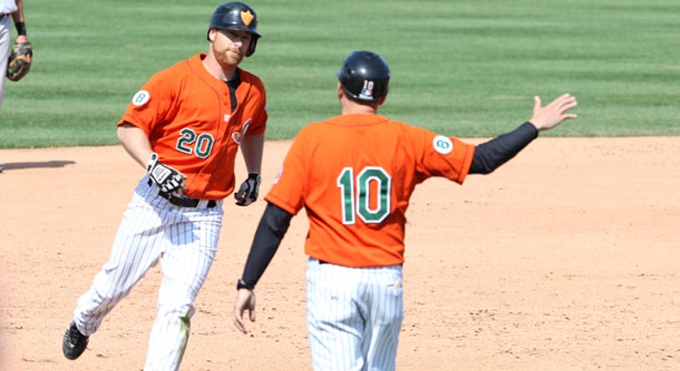 (Baltimore, Maryland, July 29, 2012) – Lew Ford was called up to the Major Leagues by the Baltimore Orioles on Sunday, making the outfielder the 13th former Duck to return to the big leagues after playing with Long Island. The Ducks have had more than 60 players signed to deals with MLB clubs and had more than 100 former big leaguers play with the club since inception in 2000. Ford joins Carlos Baerga, Bill Pulsipher, Nelson Figueroa, Pedro Borbon, Jr., Ken Ray, Mel Stocker, Jay Gibbons, Erick Almonte, Robinson Cancel, Joey Gathright, Justin Hampson and Kip Wells as Ducks that have made it back to the game’s highest level after playing at the Duck Pond.

CLICK HERE to watch a highlight of Lew Ford’s double at Yankee Stadium on Tuesday, 7/31

The Texas native returns to the Major Leagues for the first time since September 30, 2007, when he appeared in a contest as a member of the Minnesota Twins. He spent five consecutive seasons with the Twins (2003-2007) at the big league level, posting a .272 batting average with 32 home runs, 172 RBI, 80 doubles and 47 stolen bases in 494 games. Ford was originally drafted by the Boston Red Sox in the 12th round of the 1999 amateur draft.