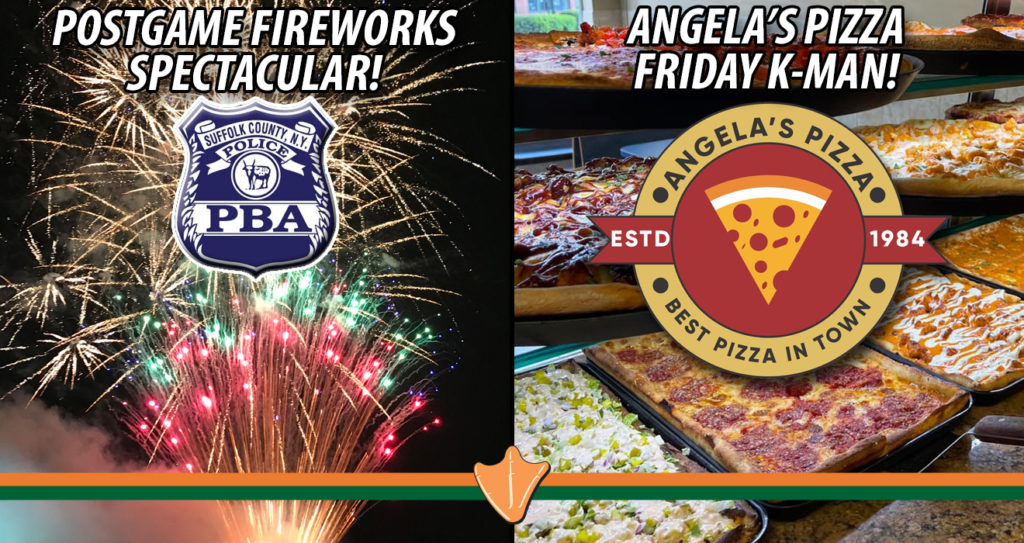 The Long Island Ducks return home on Friday, July 1, to open a three-game series against the York Revolution. CLICK HERE to get tickets!

Game time is slated for 6:35 p.m., with the Fairfield Properties Ballpark gates opening at 5:35 (5:20 for full season ticket holders). Following the game, all fans in attendance will be treated to a Fireworks Spectacular, presented by the Suffolk County PBA.

Tickets to the game, and all Ducks home games, are available by visiting the Fairfield Properties Ballpark box office, calling (631) 940-TIXX or by CLICKING HERE. Those unable to make the game can also follow all the action on the Long Island Ducks Broadcast Network. Live streaming HD video and audio will be available via BoxCast on LIDucks.com as well as on the Ducks official Facebook page and YouTube channel.