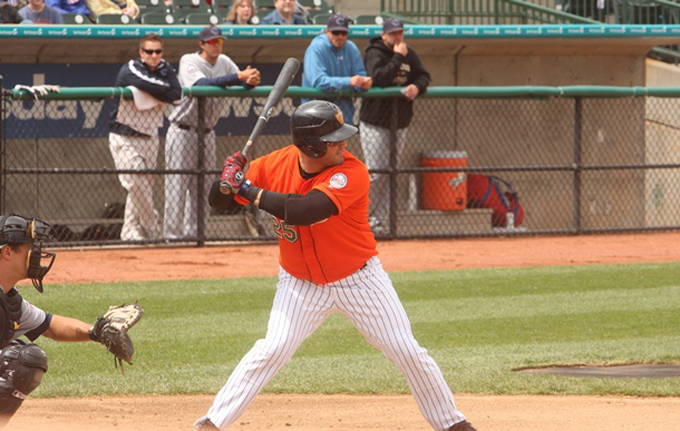 (Central Islip, N.Y., May 14, 2012) – The Long Island Ducks today announced that infielder Ryan Garko has been signed by the Tampa Bay Rays organization. He becomes the third Duck to be signed by a Major League organization this year (Mitch Canham, Cardinals and Mike Rivera, Red Sox).

“Ryan was a tremendous force in the middle of our lineup,” says Ducks manager Kevin Baez. “We are sad to see him go but wish him the best of luck with the Rays organization.”

In addition, Garko led the league in on-base percentage (.535), was tied for second in hits (27), third in slugging percentage (.683) and tied for third in at-bats (41). In addition, outfielder Paul Karmas was traded to the Quebec Capitales of the Can-Am Association to complete the trade for catcher Shawn Williams from March 30, 2012. Karmas appeared in three games with the Ducks and collected a RBI sacrifice fly.