GENOMES COME-FROM-BEHIND TO COMPLETE A SWEEP OF THE DUCKS 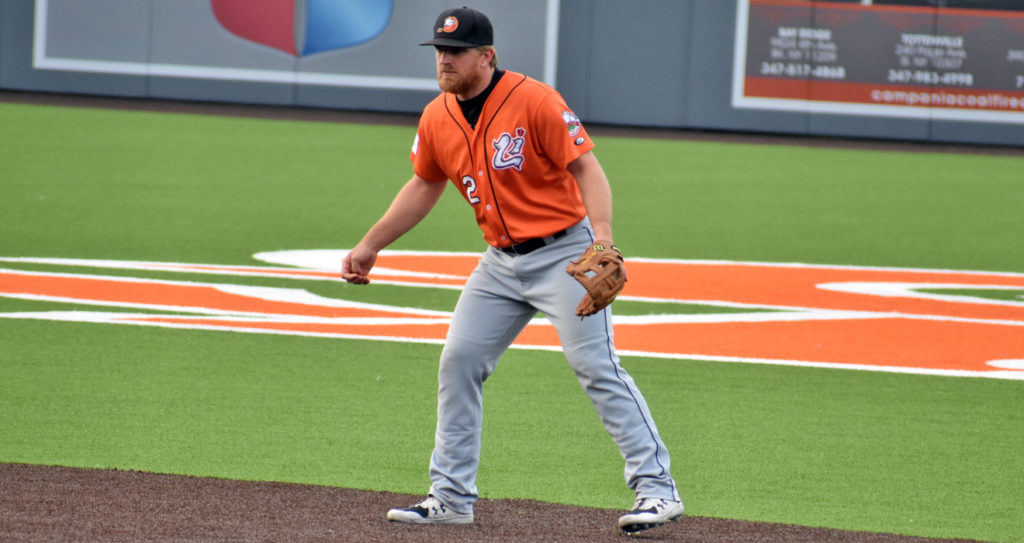 (Lexington, Ky., July 17, 2022) – The Long Island Ducks were defeated by the Kentucky Wild Health Genomes 9-4 on Sunday afternoon in the finale of a three-game weekend series from Wild Health Field.

Long Island took a 1-0 lead in the top half of the first inning against Genomes starting pitcher Elih Villanueva as L.J. Mazzili cracked a solo home run over the left field wall on the second pitch of the ballgame thrown by the right-hander. The Flock made it 2-0 in the second and once again it was courtesy of the big fly as Dustin Woodcock launched a leadoff solo blast onto the Pepsi Party Deck in right field for his team-leading 11th roundtripper of the campaign.

The Genomes sent nine batters to the plate in the last of the fourth versus Ducks starter Stephen Tarpley and scored four runs in the process to take their first lead of the ballgame at 4-2, one they would never relinquish. Clayton Mehlbauer led off the inning with an opposite-field solo home run to right center to begin the comeback. With the bases loaded and one down, Khris Davis plated a pair with a base knock. Two batters later, Anderson Miller doubled the advantage for the home team driving in Chris Shaw with a single of his own. Trailing 9-2 in the seventh, the Ducks inched closer thanks to a mammoth two-run home run over the batter’s eye in straightaway center field off the bat of Carlos Castro for his first four-bagger in a Long Island uniform, but the visitors would get no closer as the Genomes were able to complete the sweep.

Villanueva (6-7) was credited with the win, allowing two runs on three hits (two home runs) over five innings pitched, walking one and striking out four. Tarpley (3-4) suffered the loss, surrendering four runs on five hits (one home run) across four innings of work, walking a pair of batters while striking out five. Joe DeCarlo had two hits, a walk, and a run scored in the loss.

The Ducks continue their road trip on Tuesday night when they open a three-game series against the Southern Maryland Blue Crabs. First pitch is scheduled for 6:35 p.m. at Regency Furniture Stadium. Fans can follow all the action on the Long Island Ducks Broadcast Network. Live streaming HD video and audio will be available via BoxCast on LIDucks.com as well as on the Ducks official Facebook page and YouTube channel. Right-hander Scott Harkin (6-6, 4.56) gets the start for the Ducks against a pitcher to be announced for the Blue Crabs.