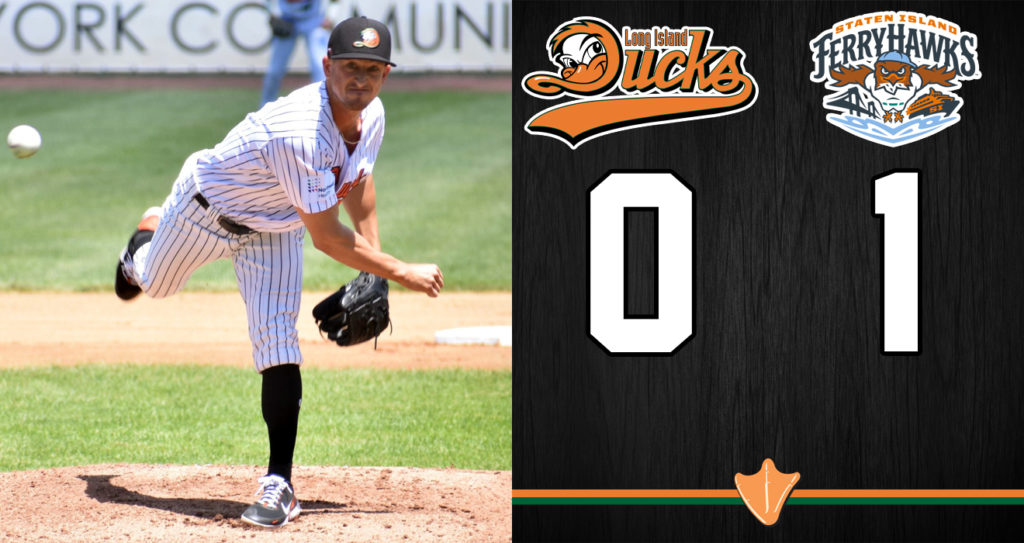 (Central Islip, N.Y., July 7, 2022) – The Long Island Ducks were defeated by the Staten Island FerryHawks 1-0 on Thursday afternoon in the final game of a two-game series at Fairfield Properties Ballpark.

Staten Island struck for the game’s only run on Justin O’Conner’s RBI single to right field in the second inning off Ducks starter Joe Iorio. Long Island brought the winning run to the plate in the ninth inning, but Vladimir Frias’ deep drive to right was caught at the wall by Joseph Monge.

The Ducks hit the road on Friday night to open a three-game series against the Lexington Legends. First pitch is scheduled for 6:35 p.m. from Wild Health Field. Fans can follow all the action on the Long Island Ducks Broadcast Network. Live streaming HD video and audio will be available via BoxCast on LIDucks.com as well as on the Ducks official Facebook page and YouTube channel. Left-hander Stephen Tarpley (3-3, 3.59) gets the start for the Ducks against Legends righty Brett Schneider (0-1, 7.20).