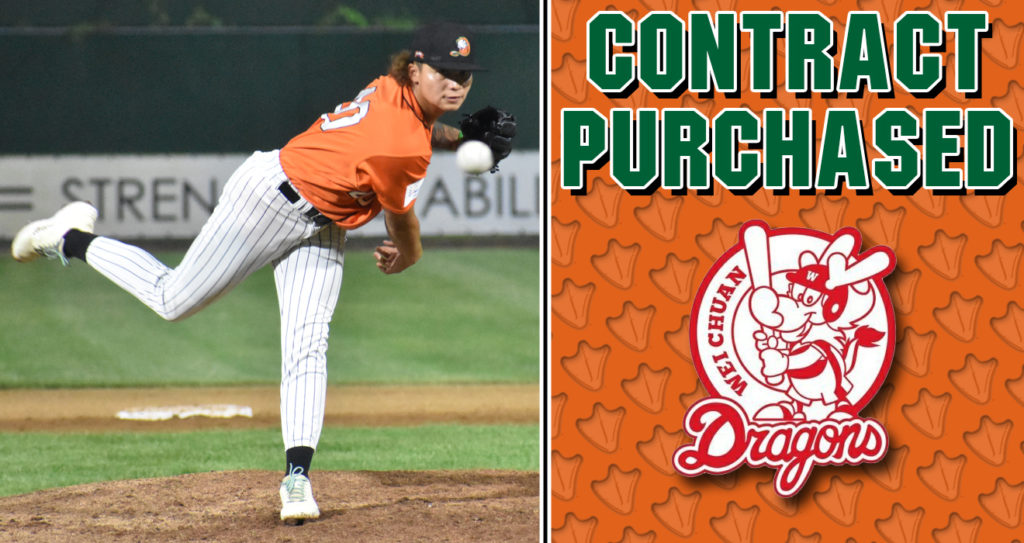 “Kai-Wei has done a terrific job for us out of the bullpen since joining the club,” said Ducks President/GM Michael Pfaff. “We wish him the best of luck in Taiwan.”

Lin made 19 relief appearances with the Ducks. He compiled a 1-2 record with a 2.18 ERA, two saves and 24 strikeouts over 20.2 innings of work. The righty allowed just seven runs (five earned) on 22 hits and nine walks in that span. In his 19 games, Lin allowed a run in just three of them and more than one run only one time. Recently, Lin made six consecutive scoreless appearances going back to June 28th, yielding eight hits and a walk over five innings with four strikeouts.

Lin is the fourth member of the 2022 Ducks to have his contract purchased. He joins right-handed pitcher Brett Kennedy (Red Sox, May 24), infielder Deven Marrero (Mets, June 25) and left-handed pitcher Stephen Tarpley (Giants, July 9). The Ducks saw 11 players have their contract purchased by an MLB club or foreign professional league in 2021, and three others signed with Major League organizations following the conclusion of the 2021 season (Ty Kelly, Dodgers; Matt Vogel, Orioles; Rob Griswold, Braves). A franchise record 15 Ducks had their contract purchased during the 2019 season.