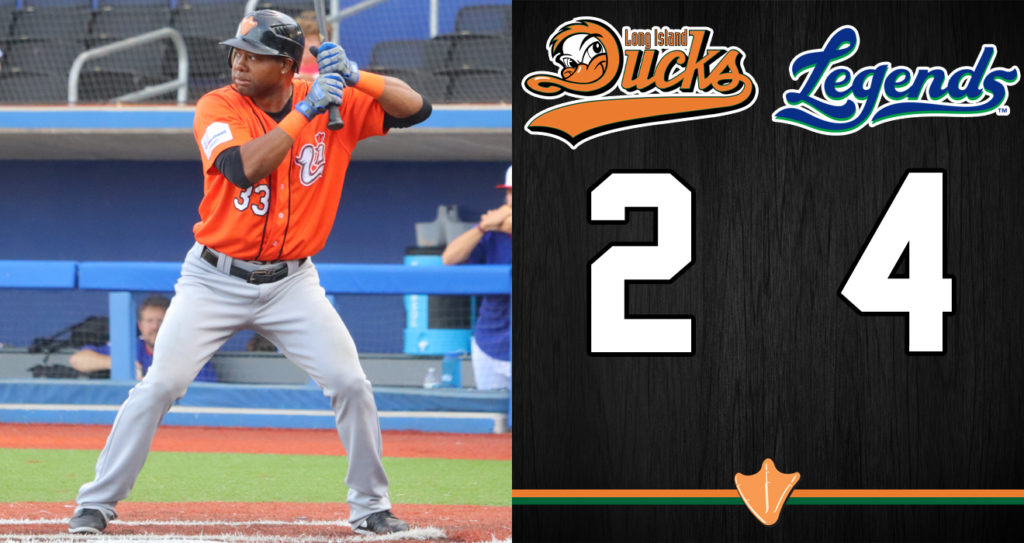 (Lexington, Ky., July 9, 2022) – The Long Island Ducks were defeated by the Lexington Legends 4-2 on Saturday night in the middle game of a three-game series at Wild Health Field.

Lexington grabbed the game’s first run in the bottom of the second inning on an RBI groundout to short from Montrell Marshall off Ducks starter Anderson DeLeon. A three-run third, highlighted by Courtney Hawkins’ two-run home run to left and Isaias Tejeda’s solo homer to left, increased the Legends lead to 4-0.

The Ducks and Legends wrap up their three-game set on Sunday afternoon. First pitch is scheduled for 2:05 p.m. from Wild Health Field. Fans can follow all the action on the Long Island Ducks Broadcast Network. Live streaming HD video and audio will be available via BoxCast on LIDucks.com as well as on the Ducks official Facebook page and YouTube channel. Right-hander Akeel Morris (4-5, 5.50) toes the rubber for the Ducks against Legends righty Jalen Miller (3-2, 6.00).