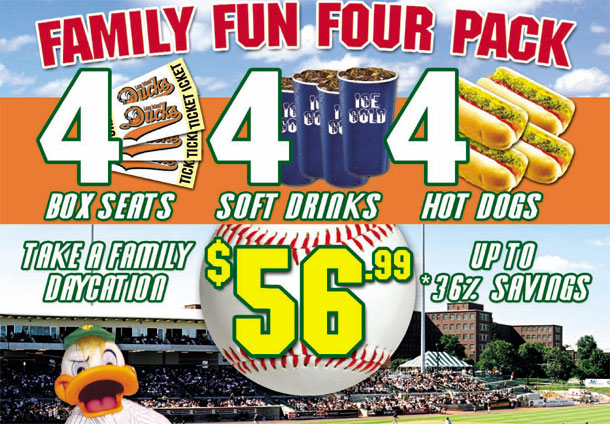 Save with a Family Fun Four Pack this summer

(Central Islip, N.Y., June 28, 2012) – Long Island Ducks mascot, QuackerJack, will be at Costco in Melville on Saturday June 30 at 11:00 a.m. helping folks get prepared for the Fourth of July holiday. While you are picking up essentials for your barbecue, party or other celebration, make sure you stop by and say hello to “QJ”, who will be signing autographs and posing for pictures with fans.