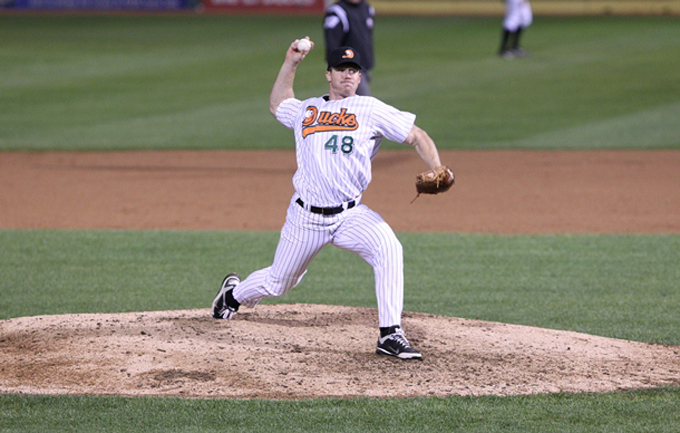 “Jon has done a terrific job at the back end of our bullpen this year,” says Ducks manager Kevin Baez. “We wish him continued success in the Yankees organization.”

Meloan will report to the Double-A Trenton Thunder of the Eastern League. While with the Ducks, the former Major Leaguer compiled a perfect 4-0 record with a team-best 0.99 ERA and 11 saves, good for second in the Atlantic League. The Kansas native struck out 36 batters while walking only eight and allowed just three earned runs in 27 and one-third innings pitched.

The 27-year-old has spent parts of three seasons in the big leagues with the Dodgers, Indians, and Athletics. He made his Major League debut on September 1, 2007, earning his first strikeout in two innings of work and owns a 4.58 ERA with 20 strikeouts in 13 Major League contests.