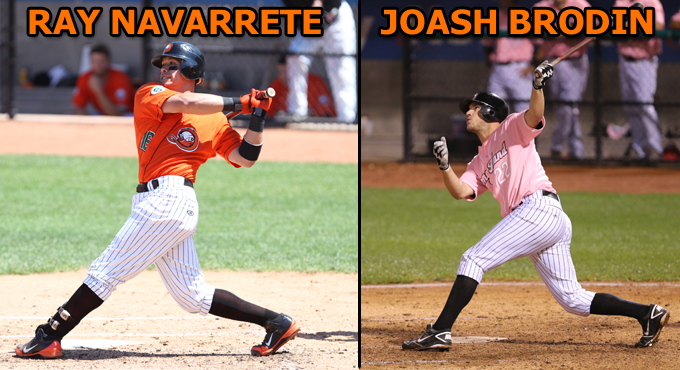 “Our goal this season remains the same as always: to win an Atlantic League championship,” says Ducks president and general manager Michael Pfaff. “Ray and Joash were instrumental in bringing the championship to Long Island in 2012, and we’re excited to have them back this year.”

Brodin joined the Ducks in July of 2012 and made an immediate impact, hitting .282 with three homers, 24 RBI and 31 runs in 49 games. During the postseason, the switch-hitter batted .359 while driving in seven runs, including a go-ahead RBI double in the eighth inning of Game One in the Liberty Division Championship Series. Brodin collected at least one hit in each game of the Atlantic League Championship Series against Lancaster, batting .476 (10-for-21) for the series.

Prior to playing on Long Island, the Washington native began last season with the London Rippers of the Frontier League. There, he led the league in batting with a .370 average while compiling 11 homers, 54 RBI and 18 doubles in 59 games. The 25-year-old has played four seasons of independent baseball and has a .316 batting average and .392 on-base percentage in 356 career games.