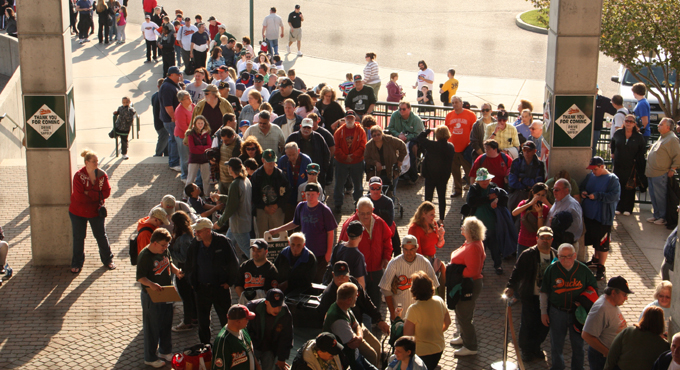 (Central Islip, N.Y., Oct. 22, 2012) – The Atlantic League champion Long Island Ducks are pleased to announce they are hosting an Open House at Bethpage Ballpark from now through November 21.

During the Open House, fans and businesses will be able to view select seating locations now available for the 2013 season as part of Full Season Ticket packages, 10-game Mini Plans and Luxury Suites. In addition, Ducks staff members will be on hand to provide information regarding a variety of sponsorship opportunities with the team. Those in attendance will be treated to an exclusive behind-the-scenes tour of the Duck Pond and have a chance to take a picture with the Atlantic League Championship trophy.

Anyone wishing to attend the Open House can do so by making an appointment with a Ducks sales representative by calling 631-940-3825. Meetings can be scheduled during normal business hours, Monday through Friday from 9:00 a.m. to 5:00 p.m.