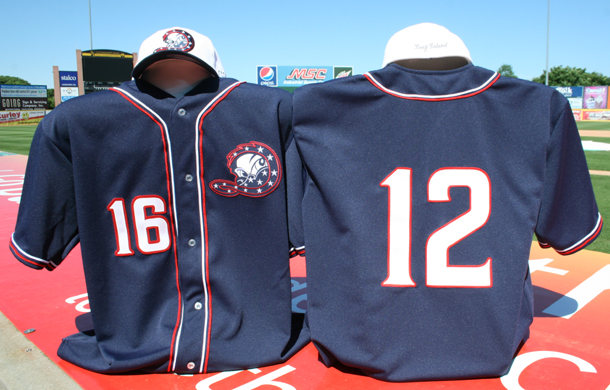 All proceeds benefit the QuackerJack Foundation

The Long Island Ducks annual patriotic jersey (photo above) auction at Bethpage Ballpark was a terrific success this season. Hundreds of bids were placed on the game-worn jerseys of Ducks players, which were showcased by the Ducks on July 4 as well as August 4, which was “Military Appreciation Night” at the ballpark, presented by Northrop Grumman.

Bids began at $75 and were raised in minimum $10 increments. Fans interested in bidding were able to place their bids by visiting the Waddle In Shop during every Ducks home game or by calling the Waddle In Shop at (631) 940-3825 extension 126. Proceeds from the auction benefit the QuackerJack Foundation, the charitable arm of the Long Island Ducks. All donations are tax deductible. The QuackerJack Foundation has contributed to thousands of non-profit and like organizations each year while bringing awareness to worthy programs and causes in need of assistance on Long Island.

Below are the winning bidders in the 2012 Patriotic Jersey Auction. The Ducks would like to thank everyone who placed their bids this year.