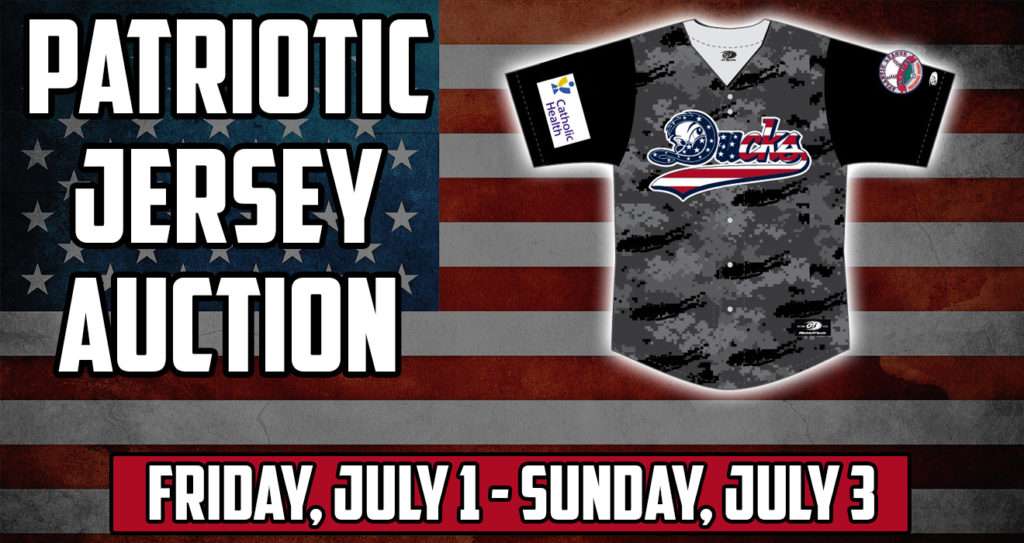 The Long Island Ducks held its annual Patriotic Jersey Auction on Fourth of July weekend. Fans were able to bid on special jerseys worn by the players and coaches for each game of the July 1-3 three-game series against the York Revolution.

Fans placed their bids throughout the weekend, with the auction ending on Sunday, July 3, at 10:00 p.m. Bids began at $75, and those wishing to place their bids could do so via the LiveSource mobile app. Winners will be contacted by the Ducks organization in the coming days.