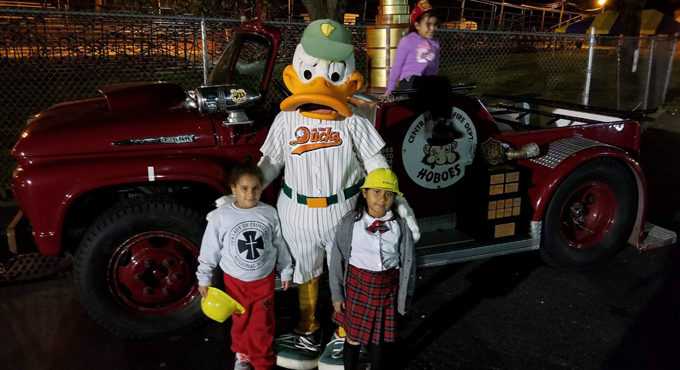 To coincide with the end of Fire Prevention Week, the Central Islip Open House hosted many different stations for families to learn what to do in case of an emergency. There were also smoke detectors given out to those attending. During the event, QuackerJack greeted fans, took pictures with guests, and learned some very valuable information.