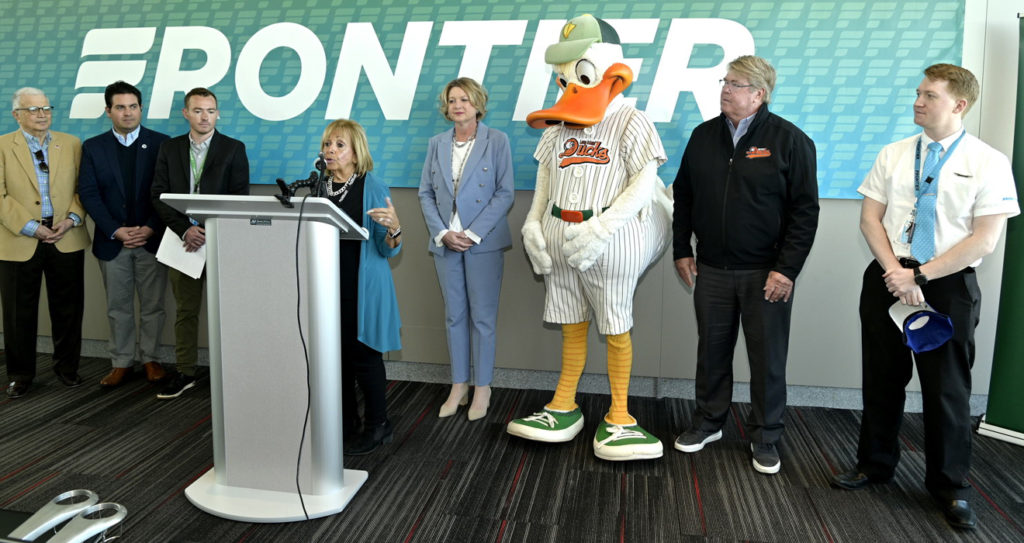 Town of Islip Supervisor Angie Carpenter was among those in attendance. The event featured a ribbon cutting, celebrating the occasion and an exchange of baseball caps between QuackerJack and a Frontier Airlines representative. QJ presented a Ducks cap to the representative and received a Durham Bulls cap in return to honor of the new connection.