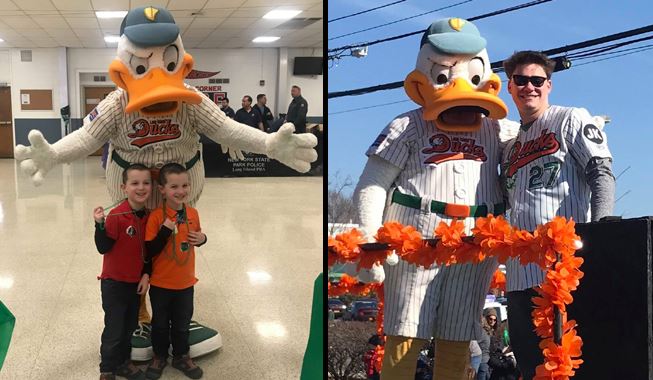 QJ’s first stop was to the SamKids Festival, held at St. John the Baptist High School. The lovable mascot met children who received care in the pediatric units at Good Samaritan Hospital. He was able to play carnival games, listen to music and hang out with the patients and their families. There were many other exciting activities taking place for the kids as well.

The nine-time Best Long Island Mascot then made his way over to Bay Shore for the town’s annual St. Patrick’s Day parade. Fans lined Main Street and cheered loudly, as QJ and Ducks pitcher Rob Rogers waved hello and tossed t-shirts into the crowd.

QuackerJack will be making several appearances along with the Ducks Street Team this month. Here’s a look at where QJ will be, so be sure to stop by and say hello: