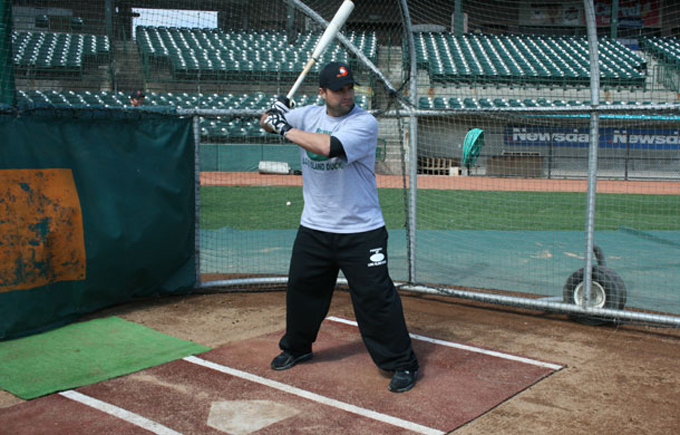 Rivera is second Duck signed by MLB in 2012


(Central Islip, N.Y., Apr. 19, 2012)
– The Long Island Ducks today announced that catcher Mike Rivera has been signed by the Boston Red Sox organization and will report to Triple-A Pawtucket. He becomes the second Duck to be signed by a Major League organization in 2012 (Mitch Canham, Cardinals). In a corresponding move, the Ducks have signed catcher Josh Johnson, who will begin his fourth season in the Atlantic League and first with Long Island.

“We wish Mike the best with the Red Sox,” says Ducks President/General Manager Michael Pfaff. “We are sad to see him go but excited to add Josh to our roster.”

Johnson has 11 seasons of professional baseball experience and comes to the Ducks off a full spring training with the Baltimore Orioles. He has spent the past three seasons in the Atlantic League, playing for the Road Warriors in 2011, the Lancaster Barnstormers in 2010 and the York Revolution in 2009. The backstop posted career-highs in home runs (nine), RBI (46), runs (36), hits (82), doubles (18) and games played (107) last season.

The Pennsylvania native has played in three Major League organizations (Twins, Rays and Astros), reaching as high as Triple-A, and has a .983 fielding percentage. For his minor league career, the 29-year-old has compiled 27 homers, 155 RBI and 66 doubles in 530 games. Johnson was originally drafted by the Twins in the 25th round of the 2001 amateur draft.