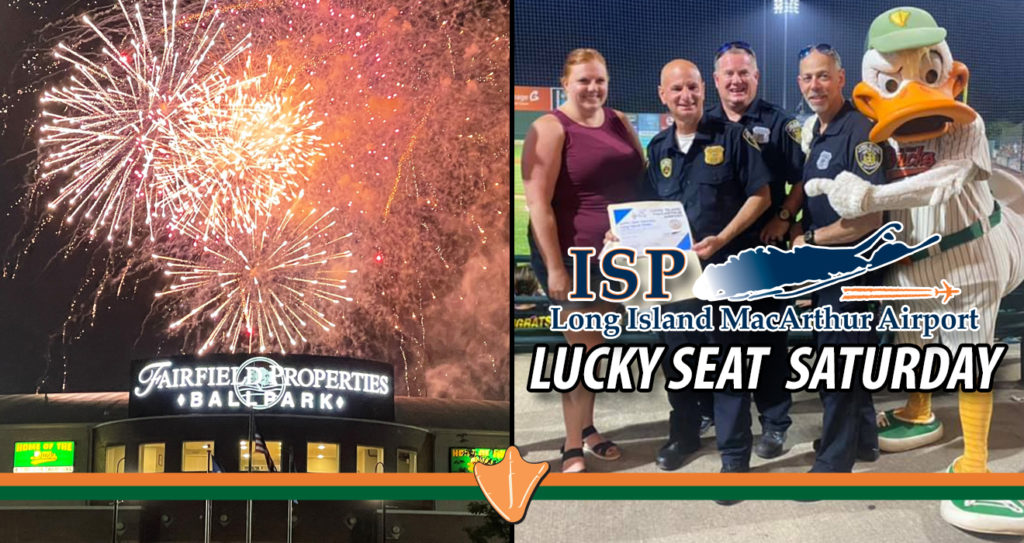 The Long Island Ducks take on the High Point Rockers tongiht in the middle game of a three-game series. Right-hander Akeel Morris takes the mound for the Ducks against Rockers righty Jheyson. CLICK HERE to get tickets!

Game time is slated for 6:35 p.m. with the ballpark gates opening at 5:35 (5:20 for full season ticket holders). Following the game, all fans in attendance will be treated to the a Fireworks Spectacular, which will light the sky over the center field fence.

It’s also a Lucky Seat Saturday, presented by Long Island MacArthur Airport. During the game, the Ducks will be selecting a lucky fan in the ballpark, who will win a free roundtrip for two to any of Breeze Airways’ 28 destinations. To be eligible for the prize, please sign up prior to the end of the third inning at the Ducks Ticket Kiosk on the main concourse. The winner is scheduled to be announced during the game.