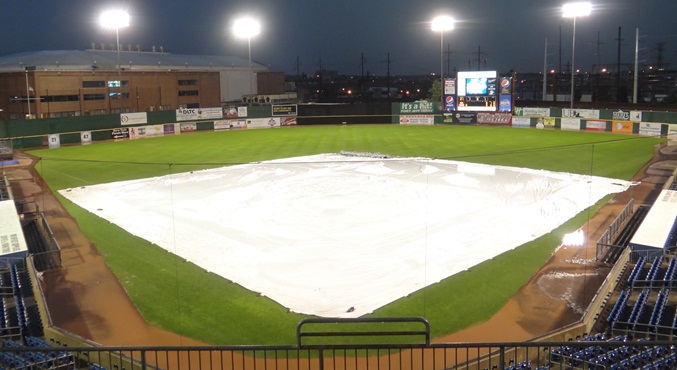 (Bridgeport, Conn., July 28, 2012) – Saturday’s (July 28) doubleheader between the Long Island Ducks and the Bridgeport Bluefish has been postponed due to inclement weather.

Game one of Saturday’s (7/28) doubleheader will be made up as part of a single admission doubleheader on Sunday, July 29, with each game slated for seven innings. First pitch for game one is scheduled for 1:05 p.m., with game two slated to begin approximately 30 minutes after the completion of the opener. Game two of Saturday’s twinbill will be made up at a later date.

Fans can follow all the action for both games of Sunday’s twinbill live online at LIDucks.com by clicking the Listen Live icon on the homepage. Radio coverage on MyCountry 96.1 FM, which can also be heard online at www.licountry.com, will begin at 1:50 p.m. and continue through 6:00 p.m.

Long Island returns home on Friday, August 3 to kick-off a nine-game homestand against the Bluefish. First pitch is set for 7:05 p.m., with the Bethpage Ballpark gates opening at 6:05. The Ducks will be running their Friday Night Pizza Hut K-Man promotion. If the Pizza Hut K-Man strikes out in the game, fans can redeem their game ticket for free breadsticks at a participating Pizza Hut location. Tickets for the game and all Ducks home games are available by visiting the Bethpage Ballpark Box Office, calling (631) 940-TIXX, or going online to www.liducks.com.