SATURDAY’S (MAY 7) GAME VS. BARNSTORMERS POSTPONED 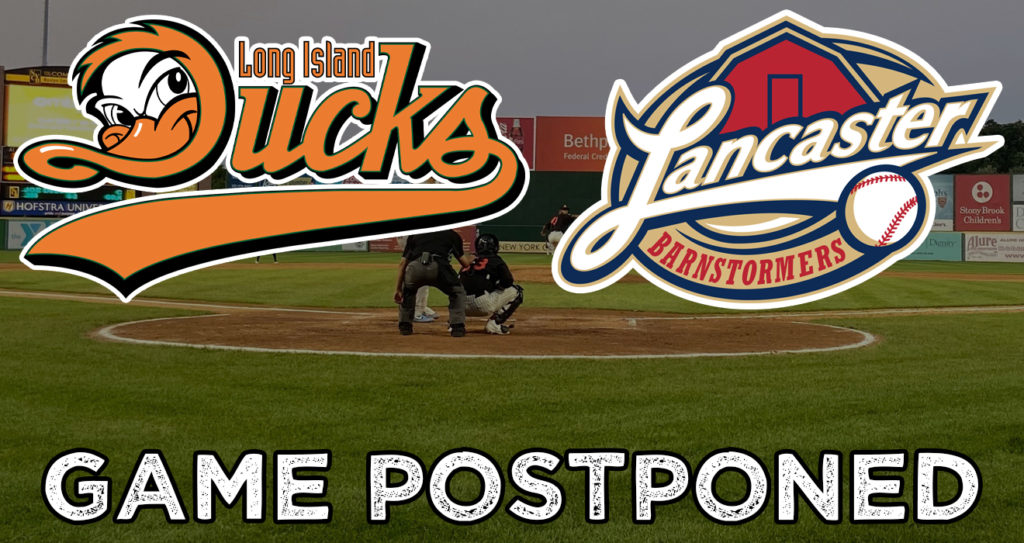 (Central Islip, N.Y., May 7, 2022) – Saturday’s (May 7) game between the Long Island Ducks and Lancaster Barnstormers has been postponed due to inclement weather.

Saturday’s (5/7) game will be made up on Saturday, June 25, as part of a single admission doubleheader. First pitch for game one will be at 5:00 p.m. on June 25, with the Fairfield Properties Ballpark gates opening for all fans at 4:30. Game two will begin approximately 30 minutes after the completion of game one, and both contests are slated for seven innings.

Tickets to Saturday’s (5/7) game can be exchanged for a ticket of equal or lesser value to any future 2022 Ducks home game, subject to availability. Fans can exchange their tickets at the Fairfield Properties Ballpark box office or by calling (631) 940-TIXX. The postgame Fireworks Spectacular originally scheduled for Saturday, May 7, has been moved to the game on Friday, June 24, between the Ducks and Barnstormers.

Sunday’s (5/8) single admission doubleheader between the Ducks and Barnstormers is on as scheduled. First pitch for game one is scheduled for 1:35 p.m., with the ballpark gates opening at 12:35 (12:20 for full season ticket holders). The Mother’s Day Brunch will still be taking place; However, the location has been moved to the Duck Club restaurant/bar on the suite level behind home plate. Those with tickets to the brunch may enter the ballpark beginning at 12:05 p.m. at the Suite Lobby entrance beneath the ballpark sign behind home plate. The Mother’s Day Brunch is currently SOLD OUT.