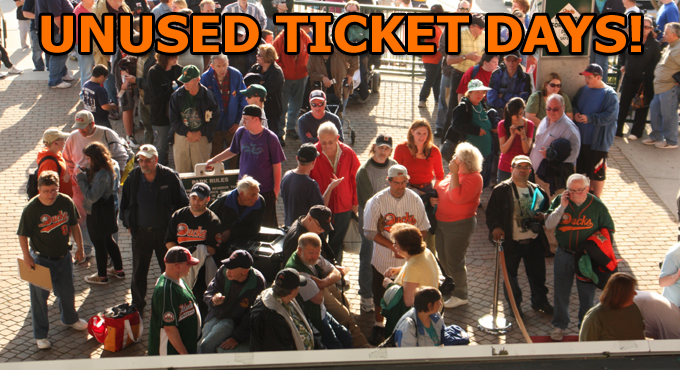 Ticket holders interested in exchanging their unused tickets can do so by visiting the Bethpage Ballpark Box Office. Tickets can be exchanged for games on September 5 against the Somerset Patriots and September 11 through 13 against the Lancaster Barnstormers, with all four games starting at 6:35 p.m. The first 2,500 fans in attendance on September 5 will receive a 2012 Team Photo, courtesy of the QuackerJack Foundation. September 11 will be 9/11 Responders Night at the ballpark, and the first 1,500 fans will receive Baseball Caps, presented by The WTC Health Program.

The exchanging of tickets must be done at the Bethpage Ballpark Box Office and cannot be done over the phone or online. A one dollar fee per ticket will be applied to account for the Suffolk County surcharge on all tickets. For more information, please contact the ticket office at (631) 940-TIXX.