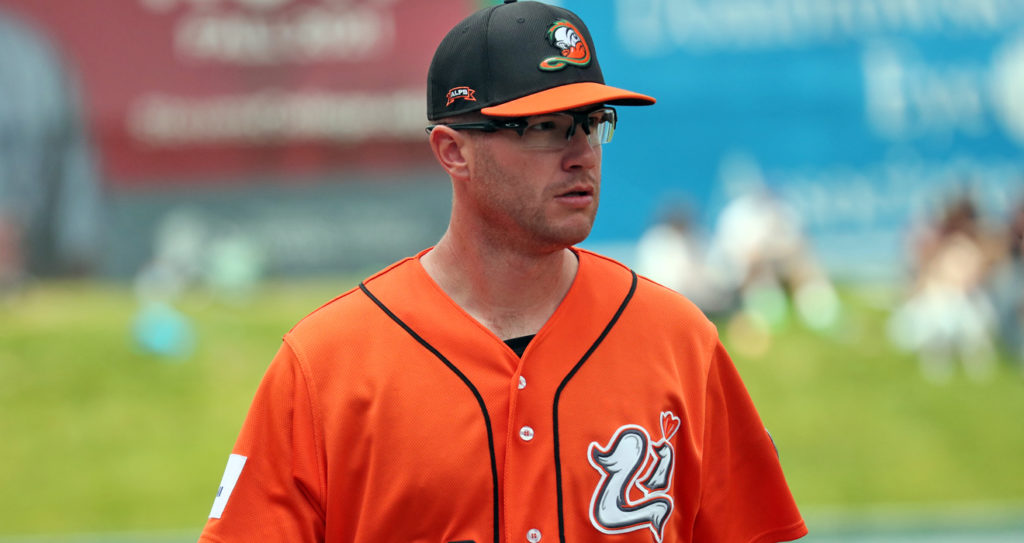 Long Island jumped out in front 1-0 versus Kentucky Wild Health starting pitcher Robby Scott in the top of the fourth inning thanks to a run-scoring single to right center field produced by Carlos Castro that plated Sam Travis after he drew a walk earlier in the frame with one man down. The Genomes tied the game at one in the bottom of the sixth against Ducks starter Stephen Tarpley as the southpaw saw his no-hitter and shutout erased with one big swing of the bat courtesy of a solo home run to left off the bat of Khris Davis.

The Flock took a 2-1 advantage in the eighth off Kentucky Wild Health reliever Akeem Bostick thanks to a two-out, run scoring base knock from Joe DeCarlo that scored Alejandro De Aza after he began the rally with a single of his own to lead off the inning. The visitors added a big insurance run in the top of the ninth as L.J. Mazzilli plated Kevin Whatley with an RBI single to left after Whatley drew a leadoff free pass.

Both starters tallied no-decisions despite each registering quality starts. Tarpley allowed one run on one hit (one home run) in six innings pitched, walking three while striking out six. Scott gave up one run on four hits across six and two-thirds innings on the mound, walking three while striking out seven. Jose Jose (1-0) tallied his first win as a member of the Ducks after firing two scoreless innings on no hits given up, walking one and striking out four. Bostick (0-1) suffered the loss, giving up one run on three hits in one inning pitched. Tyler Webb retired all three batters he faced in the ninth for his team-leading ninth save overall. Castro led the way offensively with a pair of hits and a run batted in along with a stolen base.

The Ducks and Genomes conclude their three-game set on Sunday afternoon. First pitch is scheduled for 2:05 p.m. at Wild Health Field. Fans can follow all the action on the Long Island Ducks Broadcast Network. Live streaming HD video and audio will be available via BoxCast on LIDucks.com as well as on the Ducks official Facebook page and YouTube channel. Right-hander Akeel Morris (4-7, 5.71) gets the start for the Ducks against Genomes lefty Ryan Kellogg (3-2, 5.24).