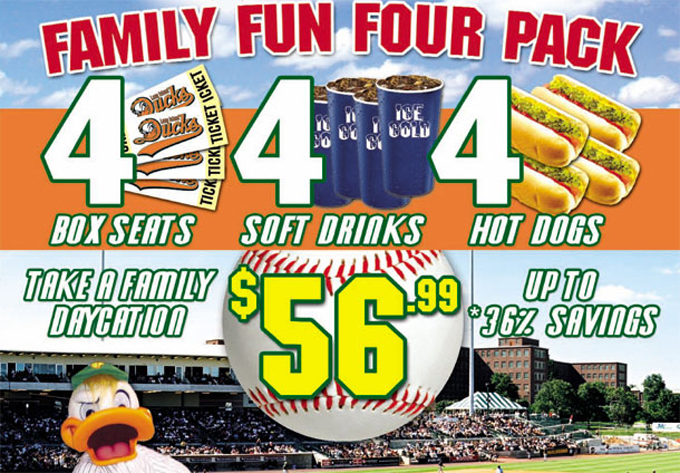 The Long Island Ducks announced that they have teamed up with COSTCO this season to present the “Family Fun Four Pack.” This offer, for COSTCO shoppers exclusively, combines food, beverage and tickets for the first time in one convenient package, all at a discounted price.

“The Ducks and COSTCO both believe in providing great value to their customers above all else,” says Ducks president/general manager Michael Pfaff. “We’re happy to combine to present this never-seen-before offer.”

Fans can purchase this exciting offer at all five COSTCO locations on Long Island, including Commack, Holbrook, Melville, Nesconset and Westbury. All you need to do is pick up a “Family Fun Four Pack” voucher at the Long Island Ducks display inside COSTCO and bring it to the register. There, you will receive a ticket voucher, redeemable at the Bethpage Ballpark box office, and a food voucher, redeemable at the concession stands inside the ballpark.