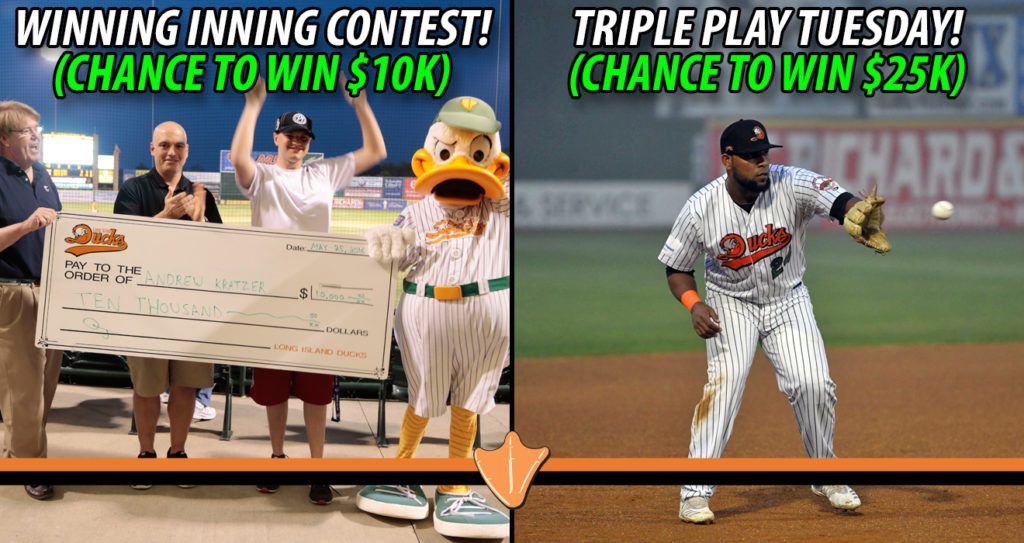 The Long Island Ducks continue their homestand on tonight when they open a three-game series against the Southern Maryland Blue Crabs. Right-hander Joe Iorio gets the start for the Ducks against Blue Crabs lefty Alsis Herrera. CLICK HERE to get your tickets!

Game time is slated for 6:35 p.m., with the Fairfield Properties Ballpark gates opening at 5:35 (5:20 for full season ticket holders). The Ducks will be hosting a Winning Inning Contest, presented by The Anne V. Graziani Fund. Each inning of the game will be designated with a specific occurrence, and if that takes place during the corresponding inning, one lucky fan in the ballpark will win $10,000.

It’s also an Unused Ticket Day! Fans who were unable to make it out to a ballgame earlier this season and are still in possession of their unused tickets can exchange them for tickets of equal or lesser value at the Fairfield Properties Ballpark box office, subject to availability.