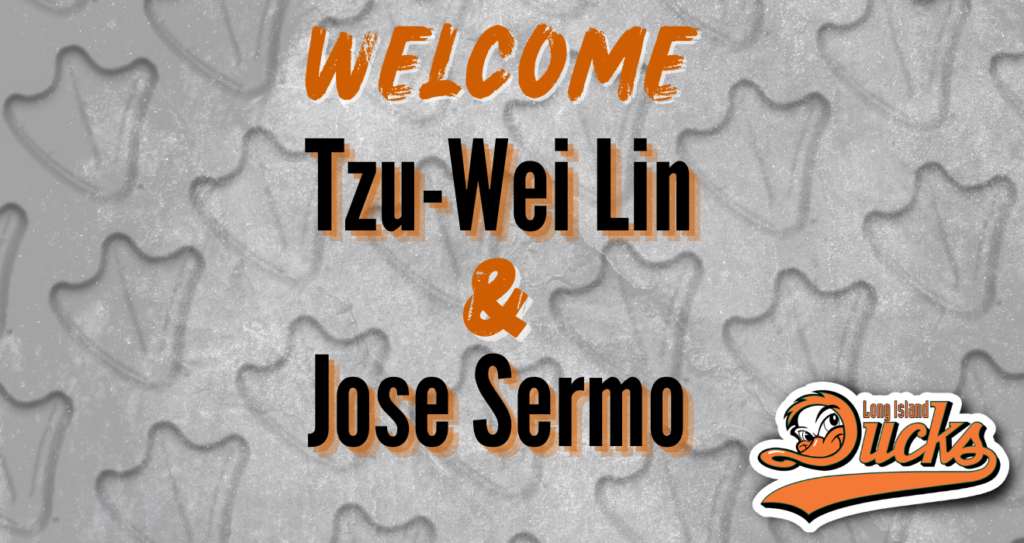 “Tzu-Wei and Jose combine to provide boosts to the defensive and offensive aspects of our team,” said Ducks President/GM Michael Pfaff. “We are excited to bring them both aboard as we make our push towards the playoffs.”

Lin, nicknamed “The Tzunami” in his early playing days in Taiwan, joins the Ducks with five seasons of Major League experience, including four with the Boston Red Sox (2017-20) and one with the Minnesota Twins (2021). In 102 games, he totaled 43 hits, 27 runs, one home run, 12 RBIs, nine doubles, three triples and 21 walks. Defensively, the Taiwan native accrued a .966 fielding percentage and spent time at every position on the diamond except first base.

The 28-year-old began the 2022 season in the New York Mets organization. He combined to play in 36 games across three minor league levels, including 28 games at Triple-A Syracuse, accruing three homers, 10 RBIs, 12 runs, 19 hits, four doubles, five steals and 21 walks. Defensively, he committed just seven errors in 189 innings in the field. Lin was originally signed by the Red Sox as an amateur free agent in 2012.

Sermo comes to Long Island after most recently playing in 2022 with the Siatama Musashi Heat Bears of Japan. Previously, he played with the Sioux City Explorers of the American Association in 2021. He appeared in 91 games, posting a .298 batting average with a career-high 29 home runs, 86 RBIs, 78 runs, 93 hits, 20 doubles, three triples, 88 walks, 18 stolen bases and a .455 on-base percentage. The 31-year-old was named the American Association Most Valuable Player in 2018 after leading the league in RBIs (81) and slugging percentage (.627), tying for second in home runs (22) and tying for third in runs scored (75) with Sioux City.

The Puerto Rico native began his career in the Milwaukee Brewers organization, spending three seasons with the club and reaching as high as Double-A. He then spent parts of two seasons (2016-17) in the Boston Red Sox system at High-A Salem. The switch-hitter has hit 10 or more home runs in a season four times in his career and has driven in 75 or more runs on three occasions. He briefly appeared in the Atlantic League with the Somerset Patriots in 2018, playing six games. Sermo was originally selected by the Brewers in the 35th round of the 2012 amateur draft.